Celebrating its tenth year, the NXP Cup invites entrants from the world of academia, robotics clubs and hacker communities to come up with the best in autonomous vehicle coding and construction. Matthias Wilkens, hosting for his fourth time, was joined by journalist Stacey Higgenbotham , (known for her Twitter handle @staceyoniot ).

This year, entrants from 17 countries from The Netherlands, Germany, Russia, Morocco, France, Lebanon and Switzerland competed in on-campus races.Two races, one focused on speed and other, involving a white cube on a white track, focused on obstacle avoidance. “Speed is important, but so is precision at the NXP Cup,” explained Wilkens. “So we’re looking for both, and how entrants do that, and how they perform in both races— that’s what we’re here to see.” You can see for yourself in this great online showdown. 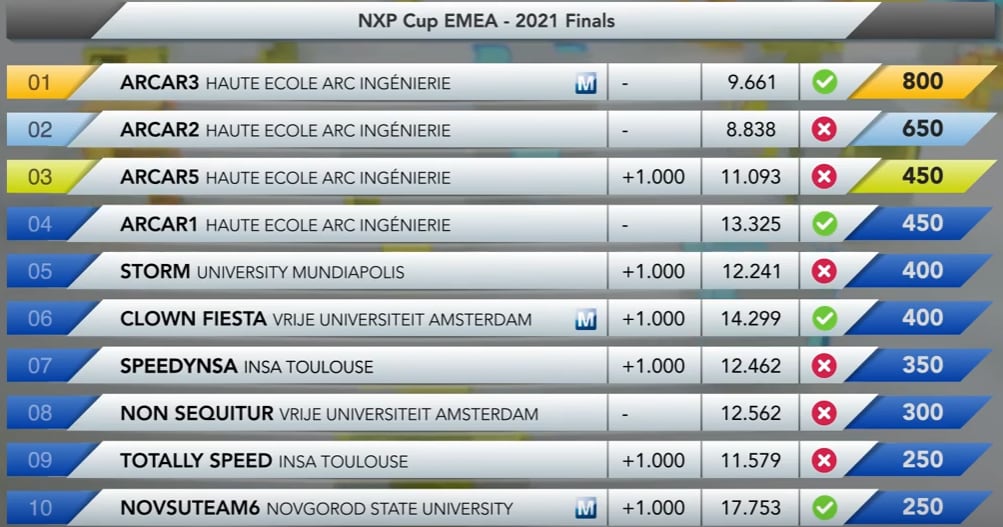 Each university competed on the same track configuration to ensure equal chance, and to avoid pre-testing, the final layout was only revealed to contestants 10 minutes before the actual race. “Students did not know what awaited them,” explained Wilkens, “and basically ran for the first time when they saw it. A minimum of two tires had to stay within the track at all times, making cornering speed a real challenge. The cars had two meters after the finish line to come to a full stop. If they didn’t, a 1 second penalty was imposed. During the event, Senior Director of System Innovations, Clara Otero, discussed autonomous driving and the connectivity of NXP Cup. “There has been a race in the past years to improve the sensors used in autonomous cars,” she said. “NXP is developing extremely advanced sensors, generating images in all types of light and weather conditions, in principle much better than humans can see and react.

Our race now is of course the NXP Cup, which runs along similar lines – sense, think, act.” This year, for the first time, the entrants were allowed to use the simulation tool Gazebo—software that enabled students to test and train from home during the pandemic. 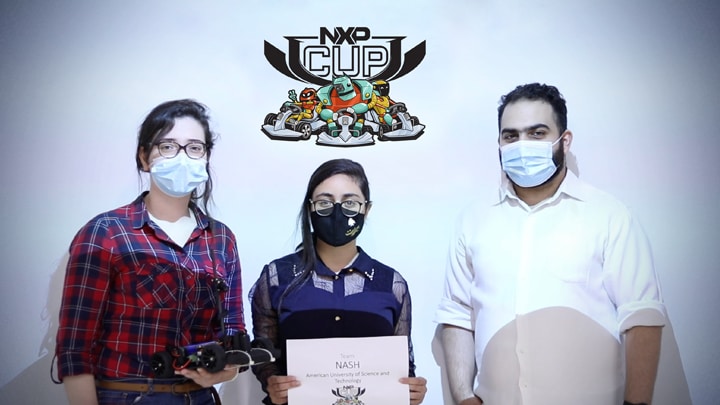 The top 3 teams were competing for a total of EUR €6,000 plus special sponsor prizes for innovation (from hobbyists and makers extraordinaire ElectroMaker ), precision (from sponsor mouser ) and future-oriented thinking (from sponsor molex ).

As to the winners, it was a Swiss triumph. Haute ecole arc Ingeniere  dominated the ranks, with stunning performances from four separate entrants which won the top four places, raking in the prizes, the gold medal and much of the well-earned cash prizes. Two teams from Amsterdam made the top ten, one of which competed for the second time—a great achievement. Great to see NovSUTeam6 back in the game after ten years away too!

Laurent Bonhomme, NXP EMEA Director of Talent Acquisition, on hand to offer support throughout events at the race. “This year the cup was more important, more challenging,” said Laurent. “Despite the restrictions due to COVID-19, the students showed that they really are future engineers, able to adapt to any difficulty or complexity.

This is exactly what we’re looking for at NXP—engineers who have the passion and the energy to meet challenges.” Also, Yves Meyer, University Professor at Haute Ecole Arc Ingénierie, has been impressed with the NXP Cup: “The NXP cup allows students to apply various subjects subjects integral to their studies. As our school is a practical school (university of applied sciences) it is very important to put the learning into practice in concrete projects.” 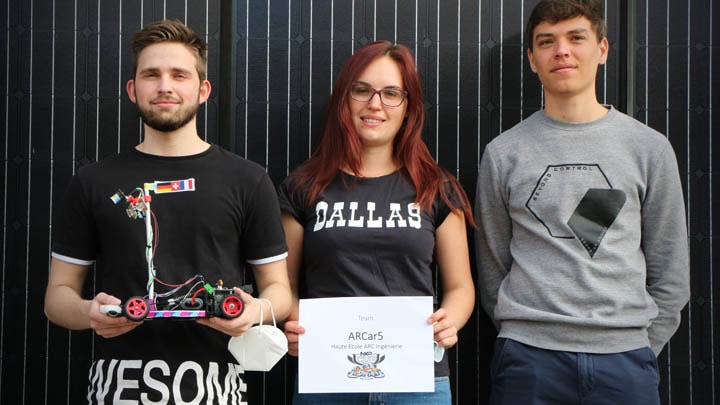 Ready for Next Year?

Wilkens congratulated all the entrants before closing the stream. "We were impressed by the dedication, passion and motivation across all the teams” he said, “and we hope to see entrants sign up for next year. Check for the entry forms coming in October and tell your friends, student contacts, maker groups and hobbyists. NXP Cup will be back!”