The XA-C3 is a member of the Philips XA (eXtended Architecture) family of high-performance 16-bit single-chip microcontrollers. The XA-C3 combines an array of standard peripherals together with a PeliCAN CAN 2.0B engine and "Message Management" hardware to provide integrated support for many CAN Transport Layer (CTL) protocols such as DeviceNet, CANopen and OSEK. For additional details.

FEATURES IN COMMON WITH XA-G3

XA-C3 CAN AND CTL FEATURES

FEATURES IN COMMON WITH XA-G3

XA-C3 CAN AND CTL FEATURES 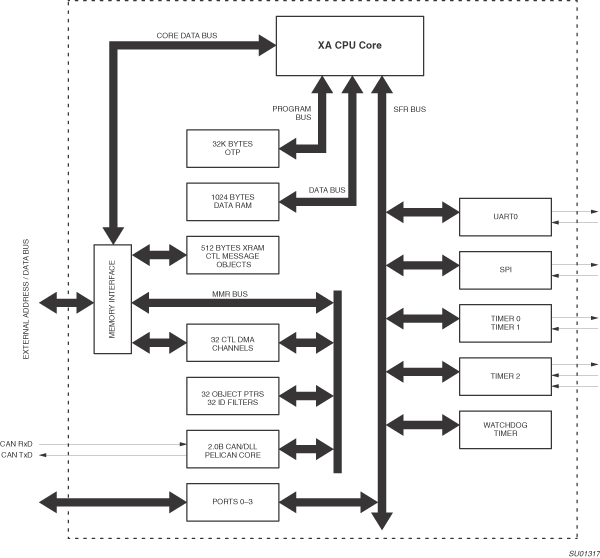