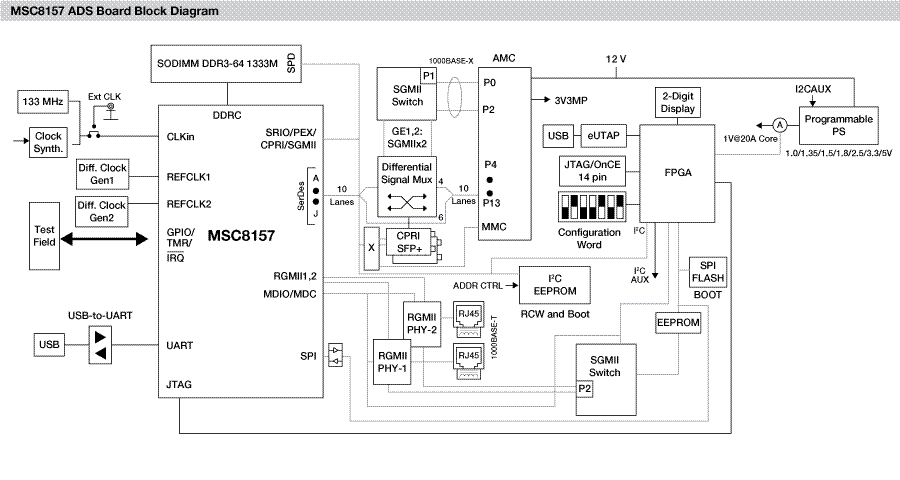 The MSC8157 application development system (MSC8157ADS) is a complete hardware debugging and system development environment for the NXP® MSC8157/8 DSP family. The MSC8157/8 DSPs are highly integrated processors that contain six StarCore® SC3850 DSP subsystems supporting device performance up to 48 GMACs at 1 GHz and several communication and processing subsystems that can operate independent of the cores for optimal high system performance. These devices target high-bandwidth, highly computational DSP applications such as WCDMA, TD-SCDMA, 3G-LTE, and WiMAX base station applications.

The MSC8157ADS platform and its onboard resources and associated debugger allow developers to perform a variety of tasks, including: