The PCA9532 is a 16-bit I²C-bus and SMBus I/O expander optimized for dimming LEDs in 256 discrete steps for Red/Green/Blue (RGB) color mixing and backlight applications.

The PCA9532 contains an internal oscillator with two user programmable blink rates and duty cycles coupled to the output PWM. The LED brightness is controlled by setting the blink rate high enough (> 100 Hz) that the blinking cannot be seen and then using the duty cycle to vary the amount of time the LED is on and thus the average current through the LED.

The initial setup sequence programs the two blink rates/duty cycles for each individual PWM. From then on, only one command from the bus controller is required to turn individual LEDs ON, OFF, BLINK RATE 1 or BLINK RATE 2. Based on the programmed frequency and duty cycle, BLINK RATE 1 and BLINK RATE 2 will cause the LEDs to appear at a different brightness or blink at periods up to 1.69 seconds. The open-drain outputs directly drive the LEDs with maximum output sink current of 25 mA per bit and 200 mA per package (100 mA per octal).

To blink LEDs at periods greater than 1.69 second the bus controller (MCU, MPU, DSP, chipset, etc.) must send repeated commands to turn the LED on and off as is currently done when using normal I/O expanders like the NXP Semiconductors PCF8575 or PCA9555. Any bits not used for controlling the LEDs can be used for General Purpose parallel Input/Output (GPIO) expansion, which provides a simple solution when additional I/O is needed for ACPI power switches, sensors, push-buttons, alarm monitoring, fans, etc.

The active LOW hardware reset pin (RESET) and Power-On Reset (POR) initializes the registers to their default state, all zeroes, causing the bits to be set HIGH (LED off).

Three hardware address pins on the PCA9532 allow eight devices to operate on the same bus. 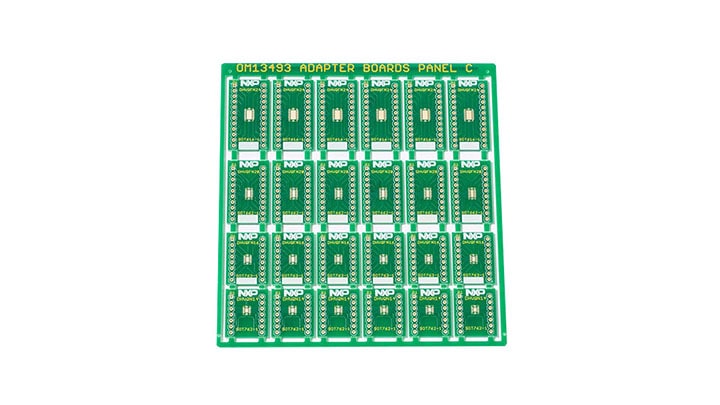