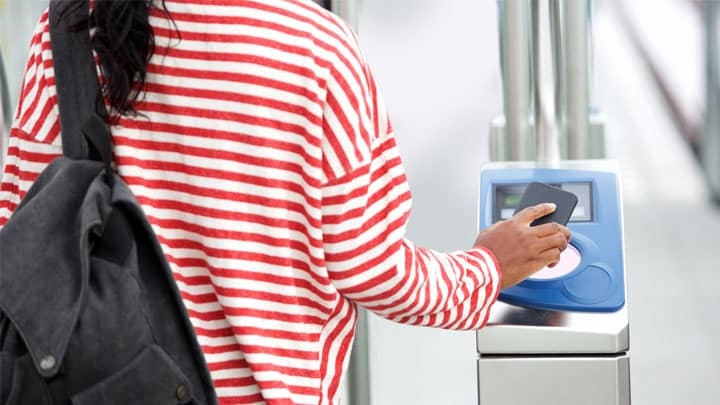 NXP Semiconductors announced that it is helping to digitize the Washington Metropolitan Area Transit Authority’s SmarTrip® Card – the way to pay for Metro and all regional transit providers serving a population of over 4 million in the Washington, DC area. SmarTrip® is based on NXP’s MIFARE ICs and powered by its MIFARE® 2GO digitization service, giving riders the option to use Google Pay on their NFC-enabled Android™ phones to seamlessly board metro trains and buses.

The Washington Metropolitan Area Transit Authority (Metro) is one of the busiest rapid-transit systems in the United States, connecting Washington, DC with the Maryland and Virginia suburbs. NXP’s MIFARE 2GO service is integrated with Google Pay, allowing riders to use virtual MIFARE product-based transit cards on their smartphones for touchless transit payment and access to Metro stations and buses.

By adding and using SmarTrip® on Google Pay, riders can experience a “touch-free”, safer way to pay via their virtual MIFARE product-based transit card on their smartphone. Riders just tap and ride using their phone when paying for transit. For more convenience, riders can also purchase and top-up their virtual cards without standing in line at a fare vending machine.

“We want to make everyday things fast and easy with Google Pay.”

“Commuters using SmarTrip can now use Google Pay as their ticket to ride public transport in the DC area, making commuting less stressful.”

“We’re pleased to deliver a new level of convenience and simplicity for our customers. If you already have an NFC-enabled smartphone, you already have everything you need to simply tap and go.”

“Thanks to NXP’s MIFARE 2GO solution Metro’s customers will have an easy mobile fare payment option on their Android phone.”

Details on NXP’s Secure Mobile Transit Solutions Around the World

Google, Android and Google Pay are trademarks of Google LLC.