A Safety-First Approach to Central Computing

While many consumers are excited about autonomous driving, there are doubts about whether self-driving vehicles will ever be safe. High-profile accidents of self-driving experiments that use risky, power-hungry consumer grade solutions are thwarting confidence in the safety of autonomous driving. It’s becoming clear that performance is only one part of the autonomous picture. It requires performance and safety—built in, from the ground up—for automakers to industrialize increasingly autonomous vehicles from level 3 to level 5.

That’s set to change. Today, NXP and Kalray announced they will co-develop a central computing platform with safety as a foundation. The collaboration aims to take on the safety shortcomings of today’s pilots and experimental offerings in the autonomous development space.

NXP will offer the host processor of the platform, its high-performance S32 processor, with its safety critical ASIL D and ASIL B capabilities. This will help the platform tackle the requirements of automotive central computing and will target path planning functions. Kalray will deliver the world-class performance of its MPPA® processors to safely handle the machine learning aspects of perception. 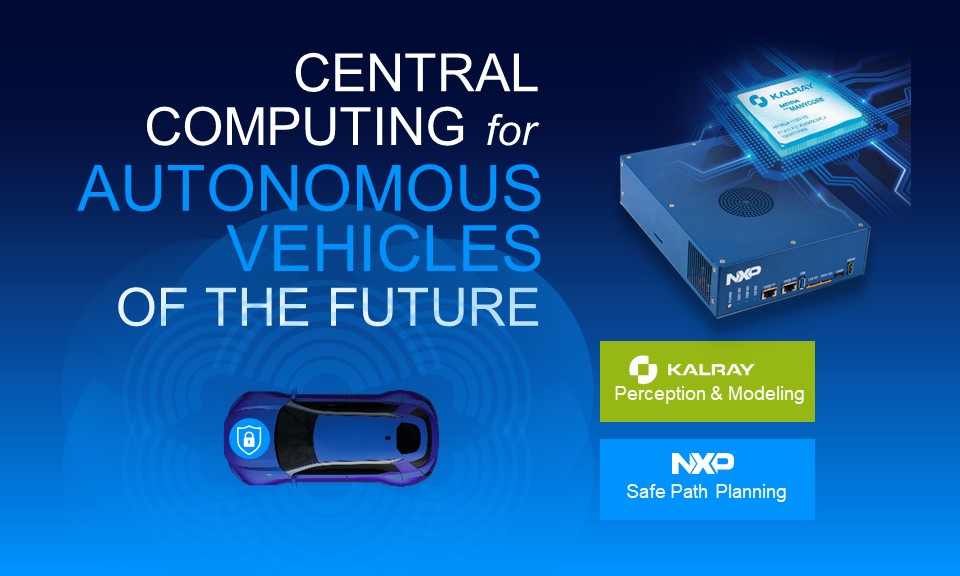 The new platform is significant because it addresses the performance, safety and near-term commercial needs of levels two and three driving with an eye to longer-term release in level four and five autonomous vehicles.

The first example of this partnership will be the integration of Kalray’s MPPA® processors into the NXP BlueBox, an embedded autonomous driving platform. This iteration will address autonomous challenges in power and safety with Arm®-based technology and will be designed to support open standards. At CES, we’re showing a demo of the platform running a prototype of Baidu’s Apollo open automotive software solution.

Automakers will benefit from the safety, software, open standards support, performance per watt, architecture flexibility and scalability. The new solution will offer sophisticated safety technologies in a “Safety Co-Pilot” configuration that leverages the strengths of each company.

Ali specializes in leading cross-functional teams to deliver innovative products and platforms in the domains of ML and vision processing. He currently leads the global AI ML strategy and technologies for NXP. Ali previously led the AI strategy, strategic partnerships and platform designs for the ADAS and autonomous products in the Automotive business at NXP. Prior to joining NXP, Ali was VP of Engineering for CogniVue Corp and in charge of R&D teams developing vision SoC solutions and Cognition processor IP cores. Ali holds an engineering degree from Carleton University in Ottawa, Canada.