Bluetooth Low Energy for the Internet of Things

Designers considering Bluetooth Low Energy (BLE) for their next wearable, fitness design or smart home device need to think about a ton of things today. Connections can be inconsistent and ongoing usage can burn through battery-life, which ultimately leads to unhappy consumers.

The good news is that the Bluetooth Sig and companies that are advancing their Bluetooth solutions are fixing this. Here are a few key improvements to consider in your next Bluetooth low energy design for connectivity and energy efficiency for your smart home or wearable device. 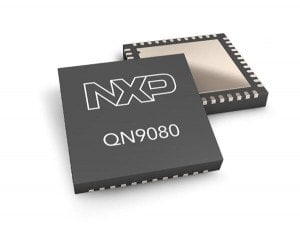 Find the right balance between power and energy consumption
It’s frustrating to have your smart wearable device drain battery quickly. For the most part, there seems to be an endless battle against weak battery life, finding charging stations or digging deep down in your bags, scrambling for your charger because you need to stay connected. ARGH – those moments are familiar and realized by many people.

And as the industry works toward developing a more connected environment for people and their things – the Internet of Things continues to drive demand. Luckily it also drives development, investment and advancement.

New solutions to improve battery life of wearable devices make their way to consumers. The new QN 9080, a BLE SoC is more like a “wearable-on-a-chip,” and is designed to provide intelligence for future wearable devices. The solution is jam-packed with features like an ARM Cortex M4 to run various applications like interface and a fusion signal processor for “always-on” sensing to make your device smarter.  However, what the QN 9080 really does is finds a meaningful balance between power and energy consumption, minimalizing impact of usage on battery.  With solution like the QN 9080, consumers can expect to use their wearable devices for up to a month without recharging.

Use a proven technology when building a wireless mesh network
When you think about wireless mesh networks (or at least when I do), the first thing that comes to mind is ZigBee. Such networks are starting to penetrate the industrial markets, but they certainly haven’t taken the industry by storm. There’s another entrant on the horizon, and it has some qualities that could provide some sticking power.

Applications for Bluetooth mesh networks include those found in most every consumer’s home: door locks, lights, HVAC systems and white goods (washers, dryers, refrigerators and so on). That’s just the tip of the iceberg. For every consumer application, there are likely a dozen industrial applications (where margins could potentially be significantly higher).

More than 80 Bluetooth SIG member companies have volunteered to serve on the Bluetooth Smart Mesh Working Group. The SIG claims that this is higher than for any other working group, which tells you just how high a priority this initiative is. And the companies span a broad array of industries, including automotive, mobile phones, industrial and home automation, consumer electronics and computing, to name a few.

According to the Bluetooth SIG’s website, the group’s objective is to build a common platform that all members can develop to. Their goal is to have the specification ready for prototype testing later this year, and then officially adopt profiles in 2016. Bear in mind that industry groups are notorious for not hitting their deadlines.

One of the keys to having a successful mesh (and there are obviously different ways to define success) is to add intelligence to the network. A primary reason for this addition is to reduce the power consumption. For example, the network that’s built with NXP’s QN9020 controller puts a routing table into each node, thereby making it a “smart node.” That routing table helps determine the best data path, which raises efficiency, which lowers the power draw. Another feature of the QN9020 is that it can be updated on the fly, which is key since the standard is still in flux. And it’s a simple process, as easy as updating an app on your smartphone. The QN9020 integrates a Bluetooth Low Energy (LE) radio, a controller, a protocol stack and profile software on one chip. Among other features, it also includes a high-performance MCU and on-chip memory.

Imagine Never Having to Change a SIM Again

A Hands-Free World: Russia First to Bank on Xiaomi Wearable