The face of automotive is changing. New car manufacturers and startups are emerging with fresh, bold ideas, transforming traditional approaches to automotive design and development. Even college students are influencing the securely connected, eco-friendly cars of our future.

Students of Eindhoven University of Technology built the Stella Lux, an award-winning energy-positive “prototype” vehicle that uses NXP technology. And, in Hamburg, the e-gnition team measure their skills in optimizing electrical race cars for the annual student formula-e cup.

Meanwhile, in North America, the quest continues for 16 EcoCAR 3 university teams that recently received their own 2016 Chevrolet Camaros. This is the second year of the four-year competition, where teams will re-engineer each car using technologies to reduce its environmental impact, yet maintain the muscle and performance expected from this iconic American car. 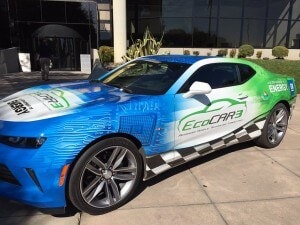 “In the next 10 years, we will see more changes and transformation in automotive than we saw in the previous 50 years,” Matt Johnson, Vice President and General Manager of NXP Auto MCUs & Processors, said in his opening remarks.

“What’s driving innovation in automotive is technology for autonomous driving and eco-friendliness – and the EcoCar is a fantastic way to move this forward,” Kurt Sievers, Executive Vice President of NXP Automotive, added.

Sievers reinforced the role that electronics is playing by sharing his observations about the increasing numbers of electronics and software engineers that are joining auto manufacturers, which was once a mechanical-engineer led industry.

The @EcoCAR3 workshop is on! NXP’s Auto GM Kurt Sievers and Matt Johnson kicks it off. https://t.co/zPVVO7Jylt pic.twitter.com/kO8PSewXwo 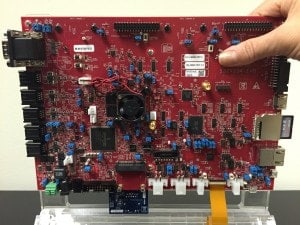 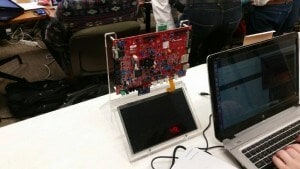 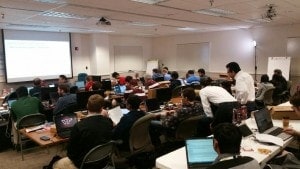 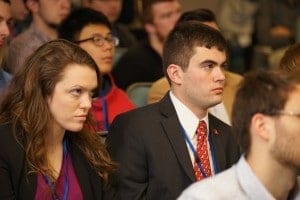 The teams learned about NXP’s Advanced Driver Assistance Systems (ADAS) technology (above) that they’ll use to support autonomous or self-driving functions in their vehicles. ADAS is a key enabler to reduce emissions by helping regulate traffic.

Each EcoCAR 3 team has 4 years to apply the latest cutting-edge technologies and incorporate new innovative concepts.

In addition to the technical training sessions and presentations, EcoCAR 3 and NXP hosted the 2016 Education Day for Breakthrough Austin, which provides a path to college, starting in middle school, for low-income students who will be first-generation college graduates. Students learned about the EcoCAR competition, hybrid vehicles and the importance of science, technology, engineering and math (STEM). 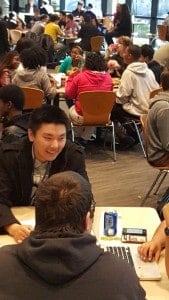 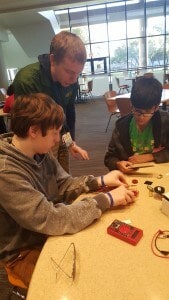 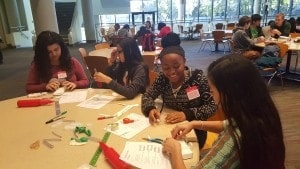