Ever thought about using magnetometers to detect the presence of a huge metallic mass like a car? Is it a simple concept like proximity sensing using magnetic field? Well, the answer to that question is a simple yes, but, the concept as such is tricky as one would expect it to be.

As we all known magnetometers detect the strength of the magnetic field exposed to it. Since earth is like a huge bar magnet itself, we use magnetometers to detect this field and derive meaningful information out of it – a simple solution is a compass app in your smart phones. Earth’s magnetic field range is in the order of 25 – 65 µT (micro-tesla).

Magnetic tunnel junction sensors
Magnetic Tunnel Junction (MTJ) based sensors (like the ones from Freescale –FXOS8700CQ and MAG3110) can detect such low magnetic fields strengths with high sensitivity unlike Hall Effect sensors whose measurement range lies in mT (milli tesla) region. In MTJ based sensors, the sensing mechanism consists of two layers – the “pinned” magnetic layer (fixed magnetic orientation in a specific direction) and the “free” sense layer to follow the orientation of the applied field. This modulates the measured resistance in a wheatstone based configuration (as shown in figure 1) thereby the measured output voltage. 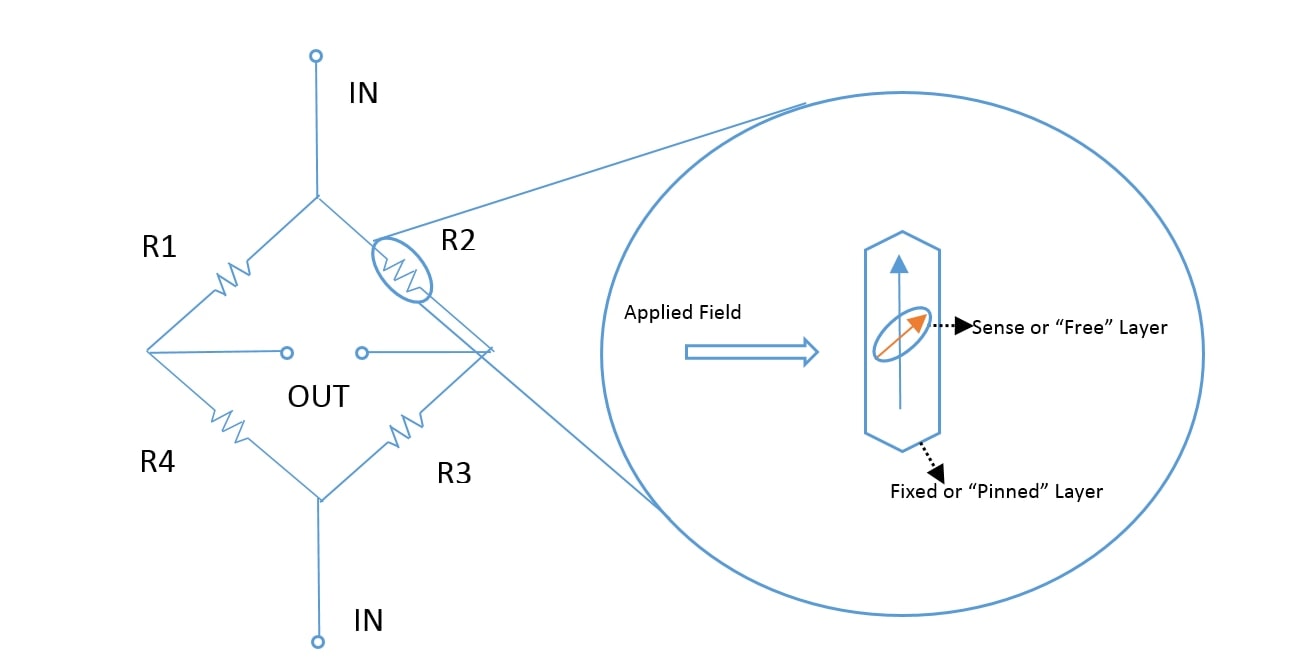 Concept of vehicle detection
Now let us see how detecting the change in earth’s magnetic field is going to help us towards our goal of vehicle presence detection. 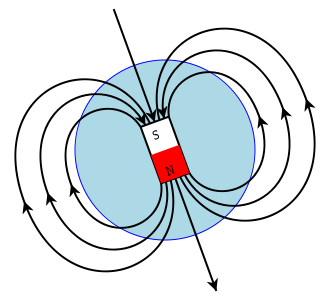 Field Distortion by ferrous metals
It is possible to distort this uniform field (figure 3) by placing a ‘highly permeable’ metal in this field. By highly-permeable, we mean that this category of ferrous metals allows maximum amount of flux lines corresponding to an external magnetic field to pass through them. Or in other words, we can easily magnetize them by exposing to an external applied magnetic field. As shown in figure 3 when the metallic body (ferrous) of the car cuts through the earth’s field, the flux lines are absorbed into the metal, creating non-uniformity in the flux line distribution. Depending upon the concentration of the metal, the magnetic flux lines are absorbed more or less and thereby distorting the field lines as shown.

Now imagine that a magnetometer placed in this field as shown in Figure 3. Before the vehicle approaches the sensor, the sensor would experience uniform field. However as the vehicle passes over the sensor it distorts the earth’s magnetic field and creates regions of increased flux line concentration and decreased flux line concentration. The sensor captures this variable pattern as the vehicle passes through as shown in figure 4. The resulting time series graph or a “signature” identifies the fact that a vehicle had passed through a sensor. In fact, we can even obtain “directional” information as well if you observe the signature closely.

Ok, now that we have understood the basic concept behind vehicle detection, in the next series we can discuss more about the ideal sensor placements and some of the hurdles towards vehicle detection using magnetometers.

Aswin Sivakumar is a Systems and Applications Engineer in the Sensors division.