Stella Lux Shows the Future of Green Mobility in Shanghai

This week in Paris, governments are gathered at the UN Climate Change Conference to discuss how we can reverse the devastating effects of global warming. No doubt they will leave the conference with numerous pledges, promises and intentions to tackle the growing emissions problems that our planet faces. The hard part comes later when we must put in place the measures and solutions to shrink our collective carbon footprint.

Many of the challenges created by global warming will be solved with innovative technological solutions. One of those potential solutions is Stella Lux – the solar family powered vehicle built by students of Eindhoven University of Technology using technology from NXP.

The car is described as a “prototype” energy positive vehicle. But don’t let the word “prototype” make you think this is just a concept built for trade show stands. Stella Lux just won gold in the cruiser class challenge at the World Solar Championships in Australia, a 3000km race across the outback. 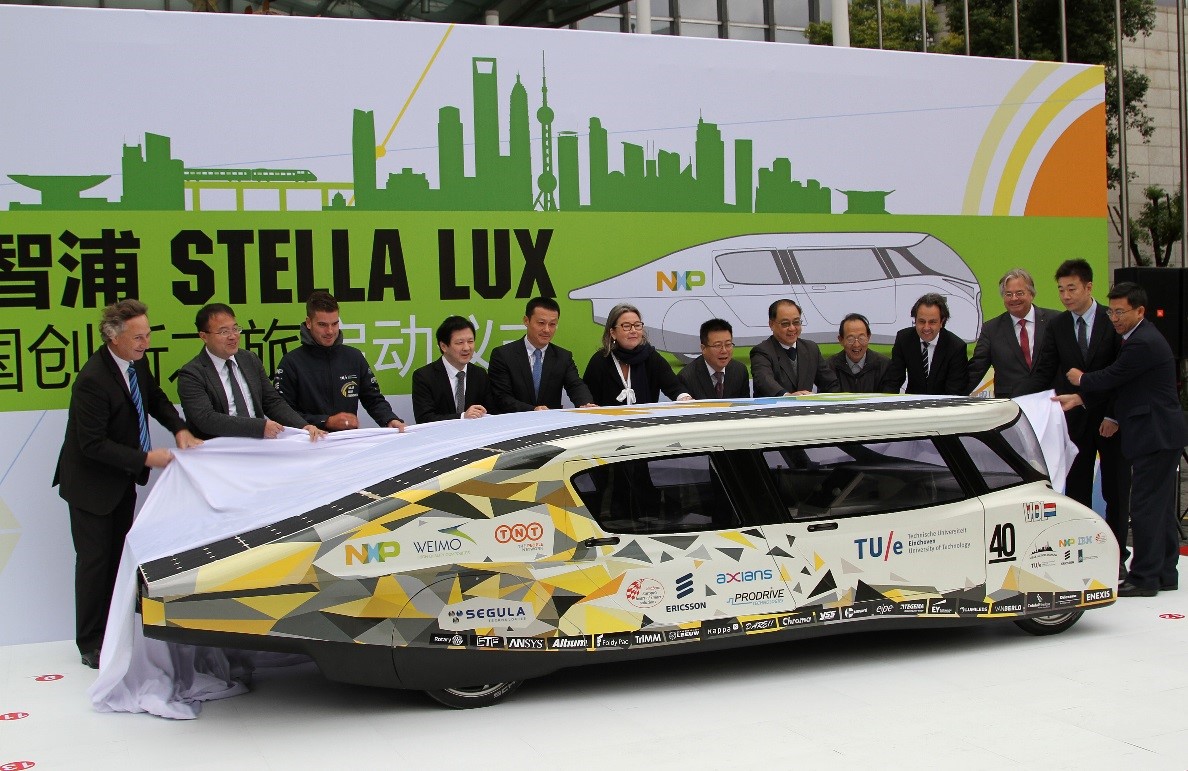 Tom Selten, team leader for Solar Team Eindhoven, showed Stella Lux at NXP headquarters and answered questions from an enthusiastic group of NXP engineers who made the technology that powers Stella.

Fresh from its victory in the desert, Stella Lux’s next stop was Shanghai, China, the world’s most populated city that suffers from high levels of pollution and congestion. It’s the perfect destination for Stella Lux to demonstrate the future of green mobility.

The next event was at Tongji University where students demonstrated Stella’s V2X enabled traffic light phasing and timing abilities. Using NXP technology to connect Stella Lux to infrastructure and other cars could lead to significant improvements to traffic flow in cities and help ensure solar car drivers are able to optimize the life of their battery charge. Stella is also able to give drivers real-time warnings of upcoming hazards beyond the driver’s line of sight and over distances of more than one mile in order to prevent accidents. 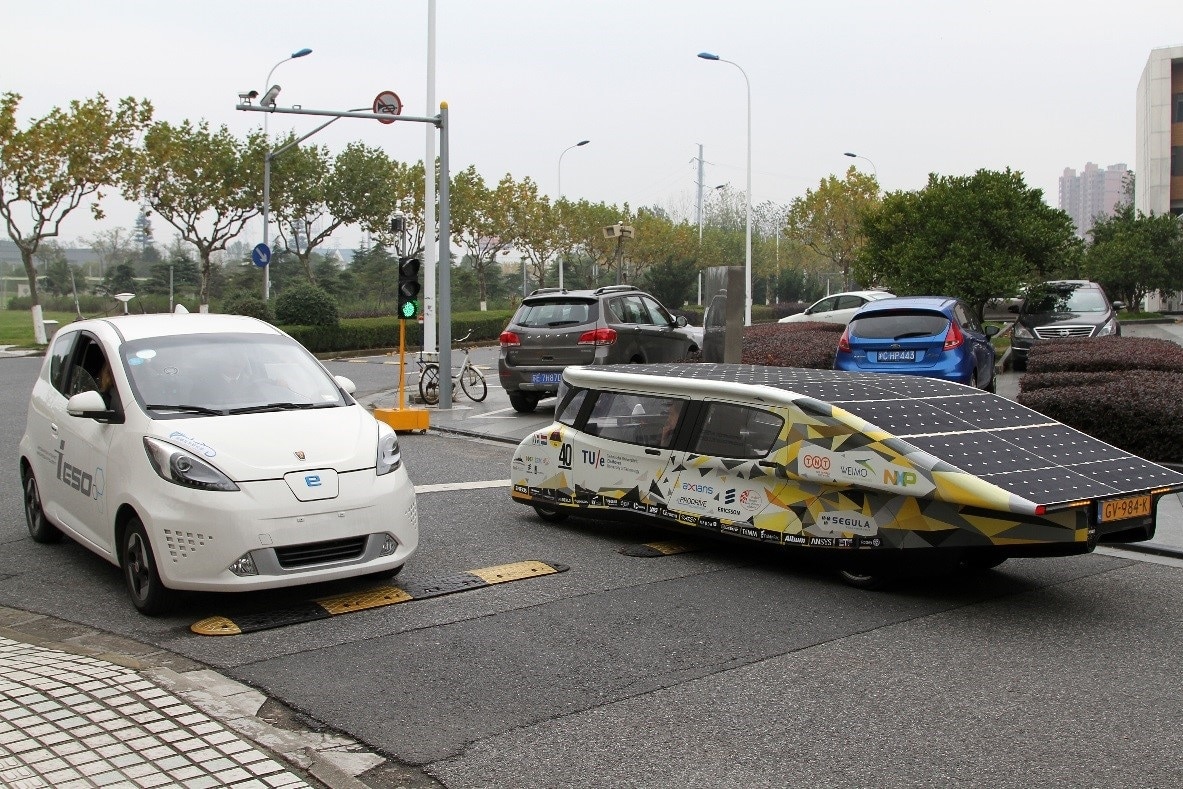 As well as the technical obstacles, one of the other major challenges to global roll out of smart solar cars will be to overcome cultural barriers.

“One of the things we found working with students from Chinese universities is that they always ask about our professor or mentor. We had to explain we don’t have one. We built this car as a team of students in a very flat team structure with no professor leading us. The Chinese have a much more hierarchical approach to working. During this visit to Shanghai we were able to learn more about the way they work and think about how we can better collaborate together in the future.” Tom Selten, team leader for Solar Team Eindhoven, explains.

The final stop was a Popular Science Expo where the public saw Stella Lux up close. In addition to business leaders, technologists and universities, it’s important to get consumers interested in solar powered electric vehicles – after all they are the ones who have to be convinced to buy these vehicles. 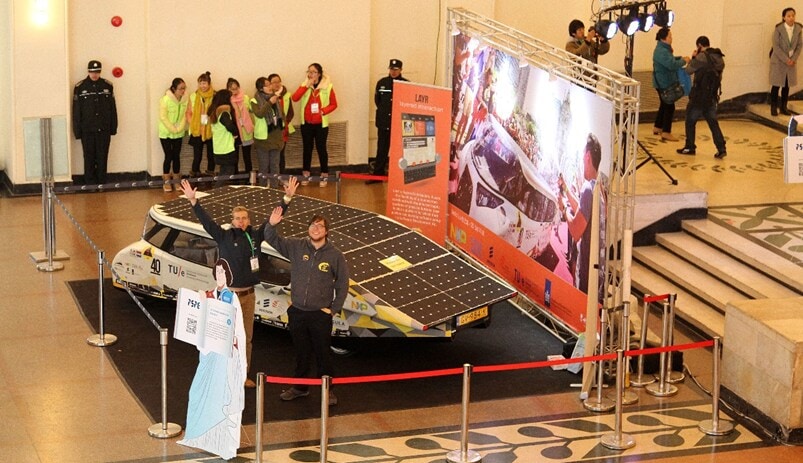 “Coming from Europe, we’re accustomed to clean air. Here they have much bigger issues with smog and poor air quality. So it’s great to be able to show the people of Shanghai a product that could improve the quality of their everyday life,” Tom adds.

“It’s exciting and frustrating at the same time—while Stella Lux may be part of the solution, there is only one of them for now. So watch this space.” 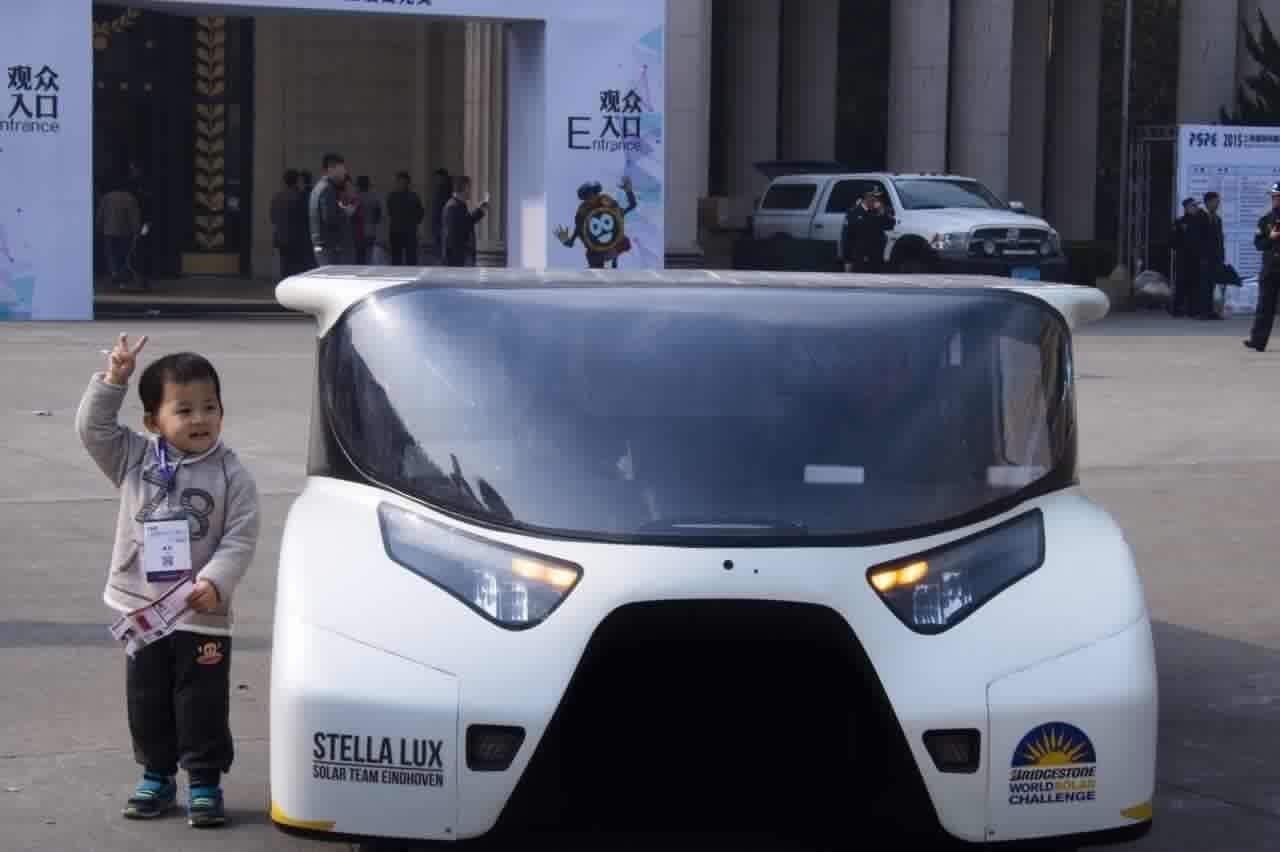