#1 ADAS is fueling the need for functional safety
Functional safety is not a new concept, but it is taking on a new importance within the automotive market due to Advanced Driver Assistance Systems (ADAS). This is sparked by the need to be absolutely certain that electronic systems are going to function as we intend them to, without malfunctioning.  Functional safety means that potentially dangerous conditions are detected, activating preventative or corrective mechanisms to stop or mitigate the hazardous event.

You have probably all heard stories of accidents in factories when a machine doesn’t stop in time to avoid serious bodily harm to a factory worker, or of smartphones burning up from malfunctioning batteries.  For the automotive market, where electronic systems are learning how to take over decision taking from human drivers, recognizing and reacting to possible random failures is vitally important. After all, wouldn’t you rather be totally confident that your vehicle will be able to decide what to do if there is a sudden malfunction with the steering, braking or transmission?

#2 ISO 26262 defines how functional safety is handled
That’s why the automotive version of the functional safety standard, called ISO 26262, is followed when developing these systems. ISO 26262 has different steps to decide how functional safety should be handled. One of these steps decides on the Automotive Safety Integrity Level (ASIL) to apply to the application. ASIL looks at what would happen to the driver, and other road users, if there is a failure. So, it looks at the outcome based on severity, exposure and controllability if the application fails. It grades the outcome from A to D, with D being the most safety critical level that should follow the strictest tests. 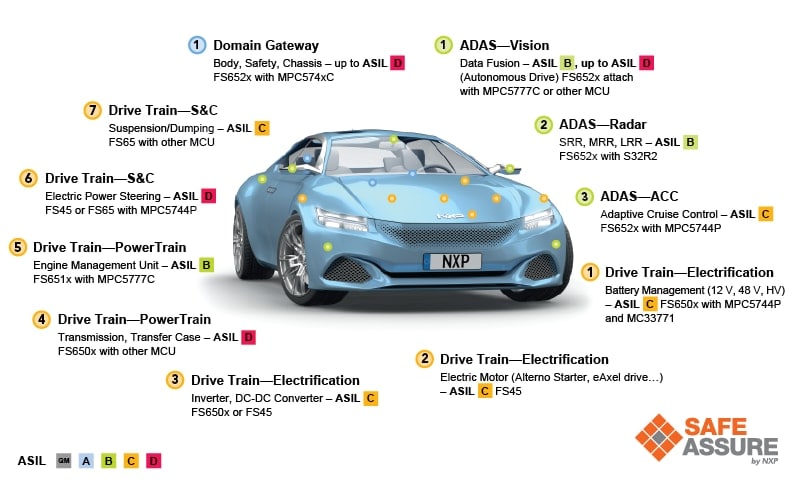 #3 NXP is leading the industry towards zero accidents
There may seem to be a bewildering number of fail-something concepts being bandied around, but at NXP we talk about the evolution from fail-safe to high-dependability. This includes 4 specific steps in the evolution of functional safety: 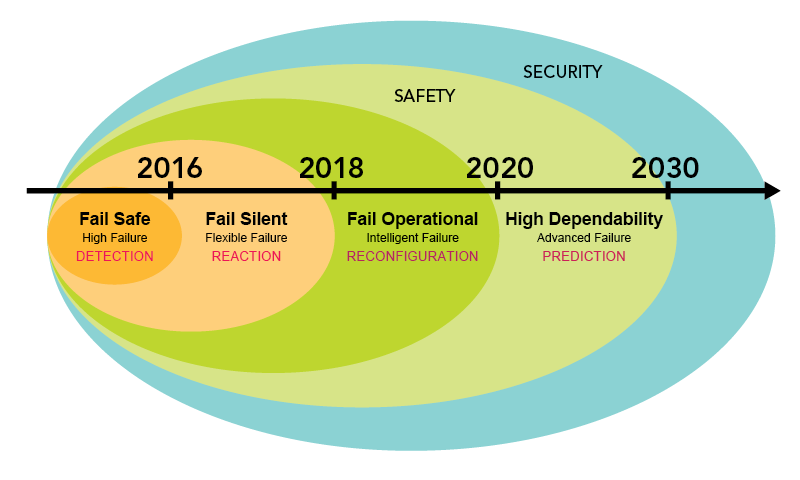 Functional safety is important to NXP, so much so that we created a program called SafeAssure to help you simplify the process of achieving system compliance with the functional safety standards used in both the automotive and industrial markets.

David has held various positions in Product Engineering, Program Management, and Product Marketing in the electronics and semiconductor businesses. For nearly a decade, he has worked as Product Line Manager in the development of functional safety system basis chip for NXP. His experience in the automotive market spans drive train electrification, and autonomous drive markets with technology focus in power management and functional safety. David holds a Master degrees in Physics Engineering, Semiconductors Physics and Business Administration.