UK to Invest in Driverless Cars: What Does This Mean for the Future?

The UK Chancellor, George Osbourne, recently announced new funding for autonomous vehicle development as part of his latest budget announcement. In his own words, he hopes that this will help ensure Britain “stays ahead in the race to driverless technology”.

Firstly, I would like to give my congratulations to the UK for this bold step. I expect this will give a boost to autonomous driving not just in the UK but also will have far reaching consequences across Europe.

What matters even more than the financial investment, is that this move helps to overcome challenges of technology adoption for autonomous driving. I.e., it:

Once the public gets to experience the benefits of autonomous driving, the solutions to these problems will accelerate rapidly. The UK is the first country that has envisioned a simple set of rules; other countries are far more restrictive and need to catch up.

Once these issues are overcome autonomous driving can really take off as the basic technology already exists. The core components are Vehicle-to-X communications technology, radar and cameras all complemented by secure communications to prevent hacking.

Vehicle-to-X technology is – from a technological point of view – ready to roll. We have already started mass production with our NXP RoadLINK chip and Delphi was the first to announce that its V2X communications platform was to be built into selected GM cars from 2017 onwards.

Radar has been around for a while. Today, radar sensors already exist for a variety of applications such as lane change assist, blind spot detection or adaptive cruise control. Modern high-end vehicles typically feature a multi-chip single SiGe radar system –  they are operational but are still bulky, consume significant power and also the performance will need to step up to go from today’s radar-based assistance systems to fully autonomous driving.

At NXP, we are working on this. A prototype of our 80GHz radar chip is currently in the hands of OEMs and Tier 1s for evaluation. Expectations are high among automakers for building cars with lots of high-resolution short range automotive radar for various applications including vulnerable road user detection — cyclists and pedestrians for example. 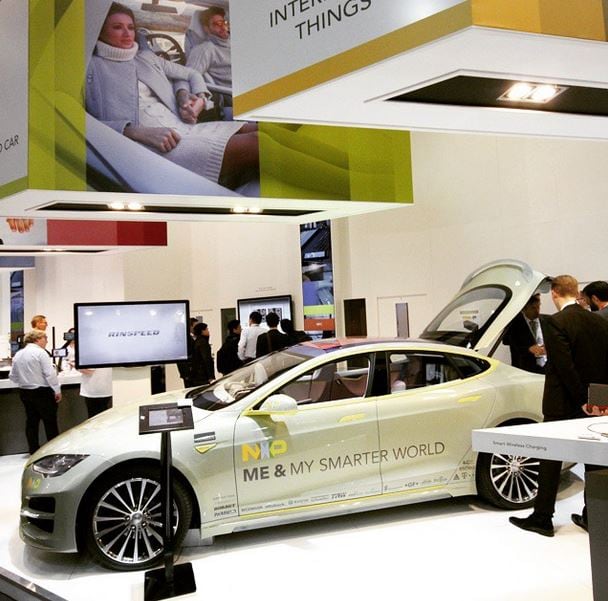 Another aspect is security. As with any other wireless connection or network, communications are exposed to security risks that must be guarded against in order to prevent access from hackers and other potential threats. To do this, the quality and integrity of data has to be ensured and privacy needs to be protected – again the technology solutions already exist to mitigate these risks.

As engineers we have been playing our role in putting the technology in place for driverless cars so it’s great to see governments also helping to bring this technology closer to citizens and establish trust in this new means of transportation.

Lars Reger, Senior Vice President, is chief technology officer at NXP Semiconductors. As CTO, Lars is responsible for managing new business activities and R&D in the focus markets of Automotive, Industry 4.0., Internet of Things, Mobile and Connectivity & Infrastructure. NXP has the broadest processor portfolio for the internet of things and is the world's largest chip supplier to the automotive industry. NXP and its global team of experts drive the development of autonomous, securely connected vehicles and accelerate the introduction of smart and securely connected devices for the internet of things through its outstanding edge computing expertise. Before joining NXP, Lars gained deep insight into the microelectronics industry with a focus on the automotive sector. He began his career with Siemens Semiconductors as as a product engineer in 1997. His past roles at Infineon included head of the process and product engineering departments, project manager for Mobile System Chips and director of IP Management. Prior to joining NXP as CTO of the automotive division in 2008, he was responsible for business development and product management within the Connectivity business unit at Continental. In December 2018 Lars was appointed CTO and has since then been responsible for the overall technology portfolio of NXP.