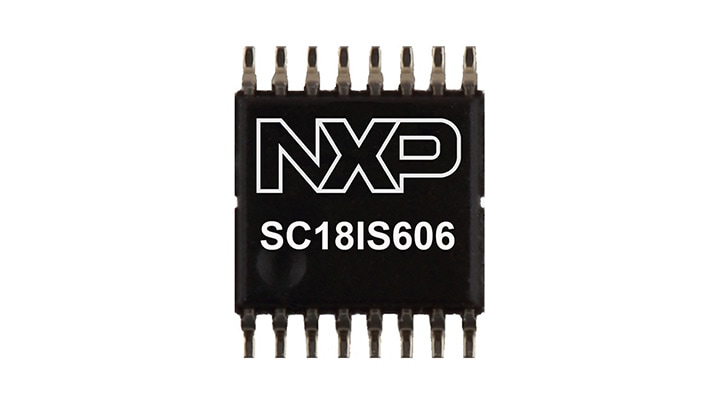 SC18IS606 is designed to serve as an interface between a standard I2C-bus of a microcontroller and an SPI bus. This allows the microcontroller to communicate directly with SPI devices through its I2C-bus. SC18IS606 operates as an I2C-bus target-transmitter or target-receiver and an SPI controller. SC18IS606 controls all the SPI bus specific sequences, protocol and timing. SC18IS606 has its own internal oscillator, and it supports three SPI chip select outputs that may be configured as GPIO when not used as SPI chip select. 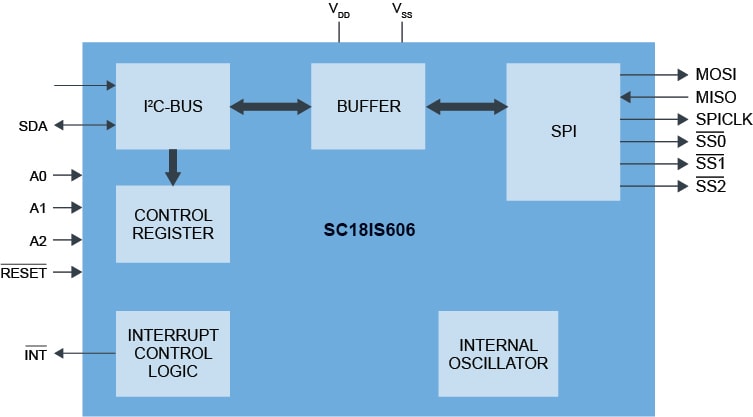