NXP is working on a project to upgrade electric-vehicle battery performance, safety and lifecycle sustainability to help address the projected fast-growing demands of the EV marketplace.

The world has ambitious expectations for EV adoption over the next decade. In the EU, sales are expected  to approach 50% of total vehicles sold. According to this study,  auto executives in the US say that similar targets are within reach, and manufacturers in China see  a market penetration rate approaching 70%. All of the major challenges  to these ambitious goals involve batteries, whether due to charging (infrastructure, rate of charge), range, or, in this analysis, concerns about safety (both use and reuse/disposal).

For more about the future of EVs, read this blog article about how innovative design drives electric vehicle growth.

Better batteries that address these challenges through advanced diagnostic and control features, as well as functionalities that extend range, shorten charging times and enhance safety could encourage greater user confidence and help speed up adoption.

What would the performance characteristics of a better battery include? Such attributes as:

Additionally, to ensure end-of-life battery packs can be dismantled efficiently and safely, LIBERTY will design a semi-automated battery dismantling procedure thereby reducing costs for recycling and reuse. Since current standards for performance and safety testing have limitations for testing of developments like the ones targeted in LIBERTY, future-proof testing protocols will be developed for standardized EV safety as well as performance testing. 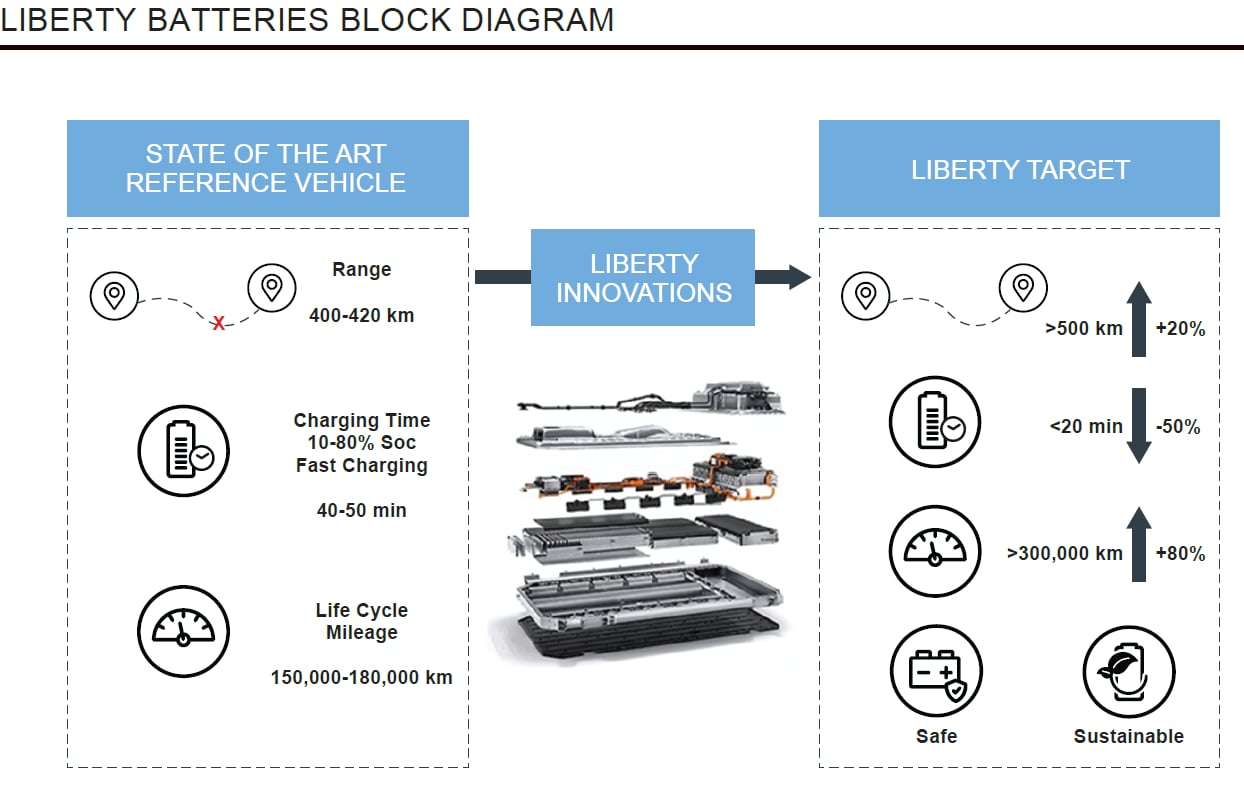 Our involvement is focused on smart solutions and tools for battery sensing, diagnostics and controls. It’s being delivered by teams in NXP-Netherlands and NXP-France who are enabling accurate and cost-effective measurements capable of recognizing hidden performance issues that evolve slowly over the battery’s lifetime. Differences between cells of voltages and currents are especially important to allow better diagnostics and enriched monitoring functions, such as early detection of the appearance of small changes in self-discharge rate between cells.

“I like to call it spotting the ‘odd cell out,’ says Henk Jan Bergveld, technical director and one of NXP’s experts on the project. “The LIBERTY project is a great opportunity to work on the next generation of battery packs, especially the demands placed on the BMS electronics for this next generation. Since the project involves partners at various positions in the value chain, this enables optimizations of the system across the board, including hardware issues -- electronic, but also mechanical and thermal -- and software issues including improved diagnostics and associated state estimation functions.”

This article reflects only the author’s view, and the Commission is not responsible for any use that may be made of the information it contains.

For more information about the LIBERTY project you can read the project kickoff press release.