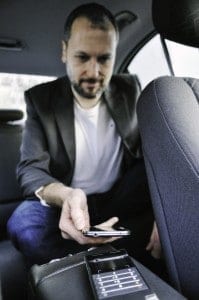 The payment industry involves hundreds of companies worldwide supporting billions of transactions each year and is worth about $5 trillion, according to the Electronic Transaction Association. Securing this system and enabling new transaction opportunities are considered some of today’s hottest topics in technology.

Myth 1: Offline shopping will come to an end

People are still shopping in person, especially in retail outlets and convenience stores. Despite the exponential growth in e-commerce traditional brick-and-mortar stores are alive and well. The U.S. consumer market is a good example. It covers everything from food and drinks to drug-store items and cosmetics, household goods, clothing, and entertainment like books, music, and videos. According to the latest quarterly retail e-commerce report released by the US Department of Commerce for third quarter 2015, e-commerce sales in the third quarter of 2015 accounted for 7.4 percent of total sales, with still the large majority of transactions happening in the store. Brick-and-mortar shopping is driving growth for in-store payment, including EMV contact and contactless cards or mobile payments with traditional countertop point-of-sale (POS) systems and increasingly popular roaming mobile POS (mPOS) devices in-store. And even as traditional storefronts continue to see growth for in-store payment, secure e-commerce payment solutions increase (check back for part two of this blog series to learn more).

Myth 2: Wallets are about to be worthless

First of all, there are clear data points to support the view that mobile payment will continue to grow: NFC-enabled cellphone shipments are expected to quadruple by 2018 (IHS Technology, 2014) and big market players such as Apple, Samsung and Visa are pushing for the use of phones as wallets. According to Wired magazine Apple CEO Tim Cook said that within the first 72 hours of its launch, Apple Pay users added one million credit cards to the system. Nevertheless, the impact may be misportrayed. We will likely never be completely cashless, hardly ever cardless, and rarely without a mobile device. The realistic view, as further confirmed in research by Deloitte (2015), is that different means of payment, including phones, credit cards and cash, will co-exist for some time. Furthermore, Deloitte predicts NFC-enabled smartphones as additional payment opportunity next to the existence of hundreds of millions of contactless credit and debit cards. In effect, the payments industry is continually looking to create less friction and the current mobile payment methods are another instance of an existing plastic credit card.

If there is any reason that consumer adoption of contactless payments is slower it is due to perceived security concerns. Cash is tangible and requires change in return. EMV contact cards require PINs or signatures, whereas contactless payments (below 25 USD) only require a card or a mobile device to be within 4 cm of a POS reader for the initiated transaction to take place. From a security point of view, consumer data is just as safe as with a chip card transaction (and tremendously more secure than mag stripe transaction). A secure element (the secure chip in a card or phone) is a specialized, tamper-resistant microcontroller that can be used to transmit random, one-time-use codes or your debit- or credit-card number in an encrypted manner. Additionally, transaction value limits are set so that after so many transaction or value of transactions, for example $100 dollars in Australia, a consumer would need to enter a PIN to re-confirm the transaction. As people become used to using NFC-based payments with secure elements, the level of trust in the technology will increase.

Jeff Miles is the current VP for Business Development for Payments at NXP. He more than 25 years of international and US experience as a key executive with VeriFone, ARCO and TNT Express Worldwide. In his role with NXP, he helped to successfully drive mainstream adoption of NFC and secure payments for smartphones. With more than 15 years in the payments industry, he has helped drive a number of key technologies, including the launch of prepaid cards, signature capture and credit card acceptance in the quick service industry. He also has extensive international experience successfully rolling out global systems to over 72 countries and has held key management positions in numerous start-up and Fortune 500 companies.

Crowd Control: Use RAIN RFID Sessions to Improve the Accuracy of Inventory Counts

From Source to Store—How Secure Is Your Supply Chain?