At any given time around the world, an active wildfire is causing tremendous devastation. And it is not just forest fires that cause immeasurable damage. Structure fires in urban areas also pose a significant problem. In the HoverGames Challenge 1 “Fight Fires with Flyers” we asked you to come up with creative ways firefighters could use drones to protect and save lives.

It was the first in a series of interactive coding competitions using a complete robotic drone kit from NXP. This allowed talented developers across the globe to address some of the biggest challenges facing society – and wow, did you all respond!

Your ideas showed that fighting fires is more than just dowsing flames. From racking movements of flame pools, watching the front line of fire where sparks fly to identifying people that are lost on trails – the judging panel has been impressed by your innovative and unique ideas to assist firefighters in their disaster response. But see for yourself in our highlight video:

We realise how cliché this sounds, but the number of high-quality entries made it genuinely difficult to select the final winners. So firstly, a huge thank you to everyone who entered! It’s clear how much time and energy has gone into each submission, and seeing how you have blended different technologies together to solve real-world challenges has been truly inspiring.

But without further ado, we’re delighted to reveal which entries achieved the coveted podium positions among the participants. To qualify for the top three winners, participants were asked to submit a storyline documenting how their idea helped first responders, as well as a detailed step-by-step description of how they implemented their project. They also had to document their unique approach with pictures and videos. Finally, they were asked to submit a code so that their ideas could inspire others.

Drones, among their many other features, are good at scanning and quickly covering a large area. This is particularly valuable for disaster relief in case of fire. By adding an additional sensor to the drone robot, it can be used to locate people in need. Our first place winner does just that. 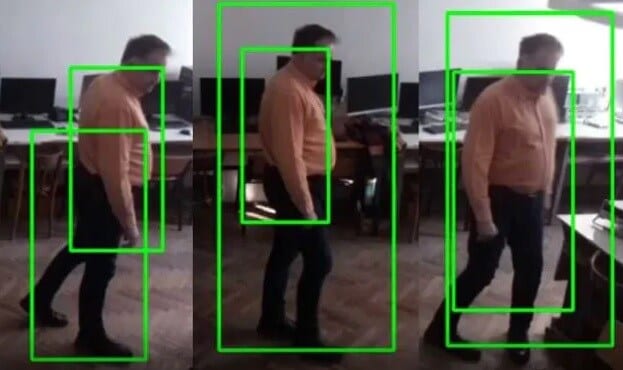 One of the main objectives in firefighting is to prevent loss of life. Further it is critical to quickly identify and assist people who have succumbed to the fumes or are lost in debris. The objective of this project is to develop a real-time drone technology system capable of detecting humans in catastrophic conditions such as fires.

In addition to autonomously flying, Dobrea Dan Marius’ drone derives position data from NXP’s FMU RDDRONE-FMUK66 which feeds information to the attached subsystems. With this position information available as a reference, onboard cameras feed video material through a machine learning model that recognizes the human with high accuracy. The drone further has a sonar object-detection system, which is essential to enable it to work autonomously.

This project shows that even a limited processor can be of great benefit for edge computing.

Dobrea Dan Marius has done a great job at documenting his work and code, including videos, images and schematics. He explains challenges he faced along the way, how he overcame them, and areas that require attention to put this to real use. We are pleased to hear that the challenge was also beneficial for himself: “The HoverGames Drone is an amazing device, from where I learned a lot and I had a great time building the hardware and developing the software modules.” 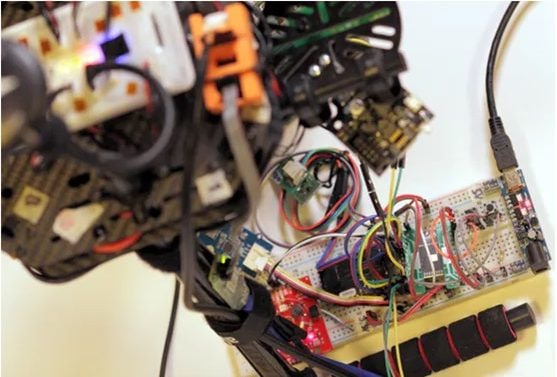 Different types of fire need different responses. AK’s entry helps firefighters identify the cause of a fire, then recommends the most appropriate means of putting it out and the size of crew required. His drone includes a range of fume sensors that feed data into a machine learning model, which in turn predicts the type of material that’s burning.

What particularly impressed us was the way AK trained the machine learning system, rather than using a pre-trained model, and continually refined it to drive up the accuracy of its predictions. 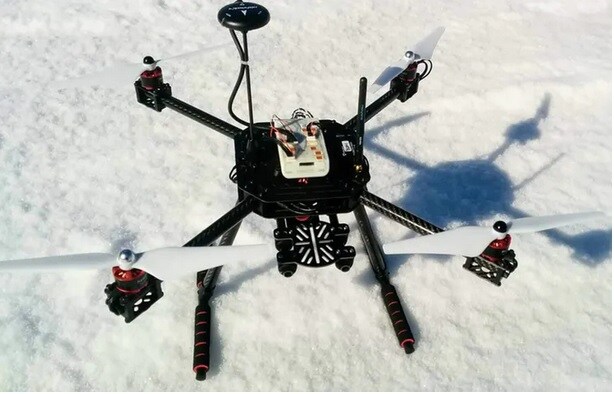 Tatsuya points out that lighting is a significant cause of wildfires – and it can happen pretty much anytime, anywhere, including in very remote locations. Tatsuya’s drone helps authorities keep their fingers on the pulse by sensing lightning at distances of up to 40 km. He also tested a means of detecting burning fires with the drone, including using image recognition and thermal sensors.

We liked the way he used images of fire to test his drone safely as well as his excellent documentation on GitHub.

We are amazed about the number of high quality submissions for the HoverGames Challenge 1. After seeing your innovative ideas and enthusiasm, we are rewarding every submission* with a newly designed i.MX 8Mmini companion computer for vision processing and mobile robotics. The same processor will be used in the next challenge. How cool is that!

Are you inspired by the way participants have used drones to tackle disasters? Watch our HoverGames.com for details on the second challenge starting in 2020.

*According to Hackster.io criteria