Joe Grand is an American computer engineer, product designer and hardware hacker, known in the hacker community as Kingpin. He appeared on the Discovery Channel television show Prototype This! and is the founder of Grand Idea Studio . This year, he created DEF CON  27’s official attendee badge with NXP’s near-field magnetic induction (NFMI) and the KL27 Arm® Cortex®-M0+ based MCU . Jae Park, Marketing and Communications Manager at NXP, met Joe at DEF CON 27, the world’s largest and oldest continuously running hacker convention, in Las Vegas. Continue to read their interview to get insights into Joe’s career and to learn what drove him back into creating the badge again, after a self-imposed “badge retirement”.

Jae: Tell us about yourself—how did you get into hacking?

Joe: My older brother had been involved with computers. I always looked up to what he was doing. When my brother became a teenager, he decided to become a musician. He stopped using computers, so I inherited all of what he had set up.

We had an Atari 400 computer, a modem… I was fascinated by this world where you could connect to other computers and communicate with each other. Something clicked in my brain and I was like “this is really cool!” Around that same time, I started getting involved in electronics because my brother had a junk bin full of old radio receivers and electronics that weren’t working. We made a deal: I would clean his room or do other errands for him and he would let me choose from the bin! This is when I built up my hardware collection, started reading electronics magazines and realized I could build my own things.

At the age of 13, I etched my first circuit board and I figured out how to make free phone calls at an even younger age. I could connect to long distance bulletin board systems and was impressed by the community of computer enthusiasts. I just knew from that age that engineering was my passion and I’ve been lucky to turn my passion into a career.

In 1992, I joined a hacker group called the L0pht in Boston (Joe was 16 years old). It was one of the first publicly facing hacking groups. I learned a lot from the other guys, who were at least six years older than me. They taught me about sharing information, getting people inspired about the good that hackers could do and exploring things in a legally safe environment. I found people I could be with. They took me under their wing and kept me out of trouble. They directed me in the right way!

Jae: You came out of “badge retirement” to create this year’s DEF CON  badge—what drove you to get back into the game?

Joe: I first designed the DEF CON badge for DEF CON 14 , which was 13 years ago—it was the first artistic electronic badge for a conference. It was a simple embedded system in the shape of the DEF CON logo with some blinking lights at eyes. We didn’t know how people would react, but the response was overwhelming. I then designed DEF CON 15 , 16 , 17 , 18  badges, all of which had different aesthetics and features. At that point, the design resources and the tools became more accessible. The DEF CON community was growing to the point where people were making their own “unofficial” badges for electronic projects.

At this point, I figured my work was sort of done. DEF CON had gotten people interested in hardware and #badgelife, as we call it today, had taken on a life of its own. I stopped designing badges after DEF CON 18 because I wanted DEF CON to see what other people would design. As hackers, we always want to progress, try something new and learn something.

Nine years went by of various people doing various types of electronic and sometimes non-electronic, badges. At the end of 2018, The Dark Tangent (aka Jeff Moss, founder of Black Hat and DEF CON), who runs DEF CON, called me up out of the blue. He asked: “Hey, do you want to do this year’s badge?” The timing was just right because I was traveling a lot for teaching my classes on hardware hacking , but I wanted to stay home more. I thought doing another DEF CON badge would be a good opportunity to spread my passion for engineering and get a larger audience excited about interesting technologies.

This year’s DEF CON will welcome more than 28,000 attendees. This is a whole new world of people getting involved in the community, helping and learning from each other. I really liked this year’s theme: technology’s promise. It’s not the dark, sort of ominous, “big brother” theme it’s had in the past. Instead it’s focusing on how technology can make our lives easier. This theme really struck me, so I wanted to create something that would foster that.

Jae: Can you tell us more about the badge and what DEF CON attendees will experience?

Joe: The main concept of the badge is a quest, where DEF CON attendees must experience DEF CON and interact with other attendees. Attendees have to complete different tasks: go to a talk, or a village, watch or participate in a contest, go to a party and go to some arts or entertainment at the event. There will be DEF CON Goons, volunteers working for the conference, in those different areas that have special badges called magic tokens. The magic tokens will change the state of the attendee’s badge to help them progress through the quest. My starting point for creating the badge was: “What if this was my first time at DEF CON?” I knew that with so many people and so many things to do, you can’t do everything. We wanted attendees to be able to experience DEF CON in their own way, doing what they like to do, but still being able to have fun with the badge quest.

The badges communicate with each other using NFMI (near field magnetic induction) , which is pretty cool and not something that most people have seen before. The final state in the quest really highlights the qualities of NFMI—being able to broadcast one to many or many to one. The NXP team out of Belgium really helped with this complex portion of the design and it wouldn’t have been possible without them.

All of the badge design documentation is up on my website , to help people who want to dig deeper into the design and learn more about the electronics, firmware or manufacturing process.

Jae: Why did you choose to work with NXP on this?

Joe: When I was in university, back in the late 90s, I had learned most of my embedded system development on Motorola parts. Motorola spun off to become Freescale, so I started using Freescale microcontrollers. Freescale was in four of my five DEF CON badges. The first one was Microchip and then the next four were Freescale. I just had a great team of people within the company, supporting me, providing samples and coming to the show.

When Freescale became NXP , it was a logical choice to continue working with NXP’s products. I had a history with the company and even though the team had changed, I kept in touch with my former colleague Dennis Hicks. I called him out of the blue and said, “I’m doing DEF CON, what cool technologies can you recommend?” Having that past relationship made it simple to choose NXP. I knew that you had the volumes and capability to support our crazy adventure!

Jae: What’s in your kit that you’re bringing to DEF CON?

Joe: I mostly brought badge hacking development tools. That way, if people ask me what to use, I have some tools to recommend. I have an LPC-Link2 which is used for loading new firmware onto the badge using the SWD interface. That connects to a Tag-Connect cable  to make it easier to connect onto the board. I also have a 1.8V-level UART interface on the badge, which gives people an interactive menu that they can do cool things with. Overall, I don’t bring too much with me, since I like to collect new things at DEF CON.

Jae: Any tips for “noob” hackers—what advice would you give?

Joe: I would say for somebody curious about hacking or getting involved in hacking, it’s all about following what you love to do and then question it! A lot of people feel like they should follow a certain path. But once you find the thing you’re passionate about, then you can dive into it. I don’t think that you can really teach somebody to be a hacker. But if they have that seed, then they can find something within the community that they like. Because at DEF CON, it’s not just technology. You have biohacking, you have lockpicking, mechanical things. And then you have crazy things like aircraft, automotive and voting. There’s this whole wide range of options. Don’t just use technology because that’s what you’re supposed to do, but question it and question why is that technology being used and learn; you’ll learn from it. 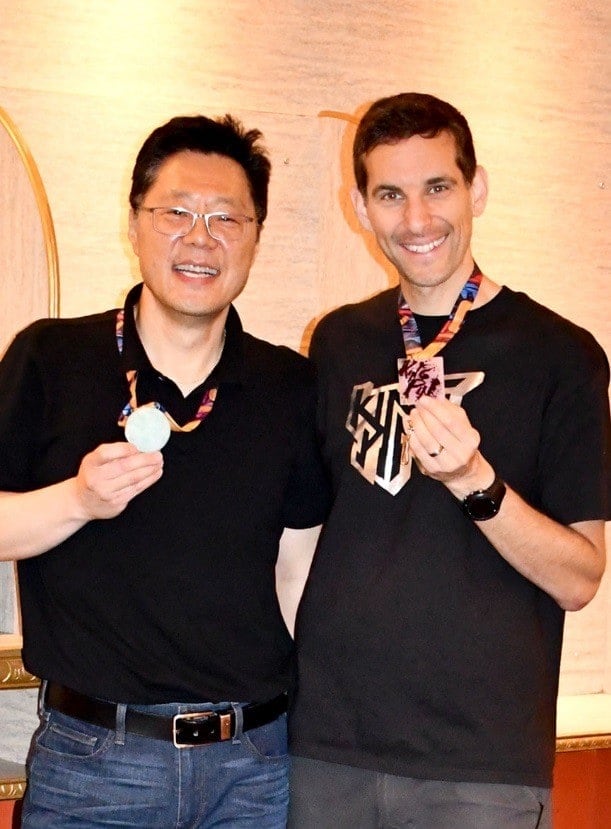 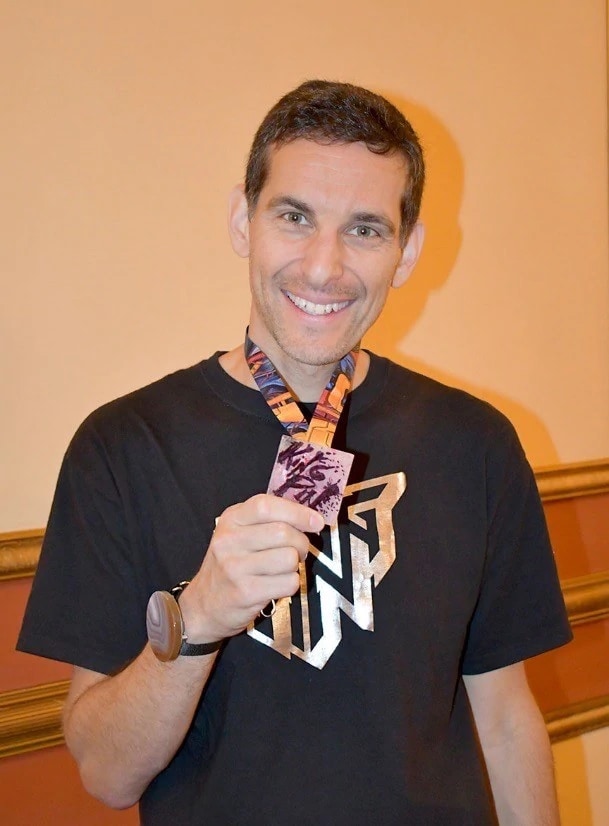 NXP at U.N. Forum on Business and Human Rights