Will IoT Devices with Bluetooth Mesh Make the Cut in Home Automation?

Last summer, the home-improvement giant, Lowe’s, took a poll. They asked more than 2,000 Americans how they felt about home automation. More than fifty percent of respondents said that having a smart home was at least “somewhat important” to them. And, when asked what kinds of things they might automate, the most popular answers showed that people want home-automation devices that make them feel safer, make their lives easier and help them save on their energy bills.

The market shake-out is coming

The good news is that the average consumer already has lots of home-automation options to choose from. But we’re still in the early stages of this trend, and not everyone can say why they need a smart home, or why a smart home will make life easier. Early adopters, full of enthusiasm for the latest innovations, may have already taken the plunge, but others are moving more slowly. There are still plenty of people who are watching and waiting, biding their time until the user experience is truly seamless.

It’s easy enough to understand. Changing standards and evolving technologies make it hard to commit to a particular format (we all know what happened when BetaMax went up against VHS). People can be discouraged when they realize that they may have several different technologies in play – one for the thermostat, another for the lighting network – and separate smartphone apps to control each one. Add in the amount of time required to configure it all, and you’re likely to end up with one frustrated homeowner.

But there’s one thing that homeowners can be pretty certain about: the technologies that are most likely to last are the ones that combine interoperability, power efficiency and security. When it comes to the Internet of Things (IoT), people will choose the devices that hit the sweet spot of being easy to use and personalize, and with the right levels of security. 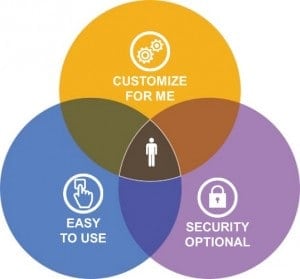 Since its release in 2010, Bluetooth Version 4.0 has given rise to billions of Bluetooth Low Energy (BTLE) devices on the market. Bluetooth is already a de facto standard in most smartphone interfaces, and we can expect it to remain a prominent technology in smartphones as they evolve. The arrival of mesh-compatible Bluetooth makes things even more interesting.

Mesh networks are cool because they really live up to the name “wireless.” Unlike most traditional “wireless” networks, a mesh network needs only one node to be physically wired to the Internet. The rest of the devices share that one Internet connection, since each node can also act as a router. There’s no need for a central hub, and devices can choose the quickest, safest path for communication.

A better way to mesh

Thanks to our recent acquisition of Quintic’s BTLE and wearable business, we have added low-power mesh compatibility to our Bluetooth Smart portfolio. Unlike other mesh technologies, which use flooding, a technique which can generate broadcast storms and increase energy consumption, our low-power solution fully synchronizes and routes protocols for efficient end-to-end connection between nodes. The result is an order-of-magnitude improvement on energy efficiency for the whole network. Our solution also features enhanced security, self-constructed networks with seal-healing capability and a future-proof layered architecture, which is designed to work with standard Bluetooth Smart devices and supports over-the-air (OTA) updates for upgrading the network after deployment.

Surveys like the one conducted by Lowe’s last summer make it clear that people are interested in home automation, but there’s still work to be done to make this a lasting trend. Devices are getting smarter and more connected, but they still need to be grounded in the user experience to be viable. And we believe mesh-compatible Bluetooth is one of the ways to get there.