For Minnesotans, who would have dearly loved to see the Vikings in Super Bowl LII, they’ve still ended up with a win: the crown of being the northernmost city ever to host a Super Bowl, 10 days of fun and games in the “Bold North,” and a projected $400 million in revenue for local businesses in what’s been dubbed the “Super Bowl Experience.” It will also increase the population of the Twin Cities by a third for the 10 days surrounding the game, as 1 million people descend upon the locale for the event and dozens of other related festivities. It’s safe to say the amount of voice, data and video traffic all these people generate will set a record over last year’s nearly 40 terabytes in Houston. But are the cellular networks and distributed antenna systems ready for the onslaught?

Well, if existing capabilities along with the significant investment made in the last eight months can’t handle it, nothing will. And besides, as events like this are a showcase for wireless carriers to demonstrate their latest and greatest achievements, failure isn’t an option. These efforts aren’t just serving the crowd during the game, but specific venues like the Mall of America, Nicollet Mall (the 12-block Minneapolis shopping and dining district), the Minneapolis Convention Center and Minneapolis-St. Paul International Airport as well.

To visualize the challenge for U.S. Bank Stadium, consider a town of 70,000 people all of whom have decided that on February 4 more than half of them will tweet, stream, send photographs and video and talk over cellular or W-Fi at the same time. The big difference at the Super Bowl stadium is that the “communicators” are either sitting next to each other or wandering about in an area about the size of a small city park. This creates a massively-dense electromagnetic environment that must be accommodated without reduced data rates, dropped calls and data sessions or interference.

To keep everyone happy, technicians from the major cellular carriers beefed up the metro area’s infrastructure, from adding more small cells to strengthening both front-haul and backhaul paths with more fiber. It was an “upgrade” of massive proportions, all accomplished within eight months. To give some context, Verizon increased its remote units in its distributed antenna system (DAS) at the stadium by 50% to more than 1,200. Outside, the carrier added 24 cell sites and 230 small cells at the Mall of America and Minneapolis-St. Paul International Airport.

For their parts, T-Mobile increased LTE capacity by 35% and added carrier aggregation for more available spectrum and AT&T launched LTE-Advanced and increased antennas in the stadium to 800 and deployed a DAS at 16 places in the area. Sprint built its own 800-remote DAS in the stadium, launched LTE-Advanced and carrier aggregation and mounted 200 small cells throughout Minneapolis. It all adds up to many millions of dollars in hardware and installation costs.

Perhaps unknown to many eventgoers in all of this is the contribution of the devices that arguably make it all possible: RF power transistors. These devices may be tiny, but they’re key components that allow the thousands of DAS remote units, small cells and base stations to transmit their signals, indoors and outdoors, in any kind of weather (a true test in Minneapolis). They must be extremely efficient to consume as little power as possible, generate squeaky clean signals that don’t interfere with each other and tolerate major electrical stresses caused by variations in operating conditions. And they make their silent contributions 24/7 while the crowds are there and for years afterward. 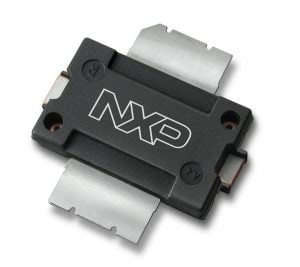 NXP has worked for decades to meet and even exceed these requirements with the most rugged, high-performance RF power semiconductors in the world. It’s why NXP has been the leading provider of RF power devices for cellular infrastructure for more than 25 years. For more information, visit us at Radio Frequency.

What if your hotel key card could do more than open doors?

And The Winners Are…