The TJA1085 is a FlexRay active star coupler that can connect up to 4 branches of a FlexRay network. The TJA1085 is compliant with the FlexRay electrical physical layer specification V3.0.1/ISO17458-4

Several TJA1085 devices can be connected via their TRXD0/1 interfaces to increase the number of branches in the network. A dedicated Communication Controller (CC) interface allows for integration into an ECU. The TJA1085 supports low-power management by offering bus wake-up capability along with battery supply and voltage regulator control. The TJA1085 meets industry standards for EMC/ESD performance and provides enhanced bus error detection, low current consumption and unmatched asymmetric delay performance.

The TJA1085 also fulfills the JASPAR requirements as defined by the Japanese car industry. 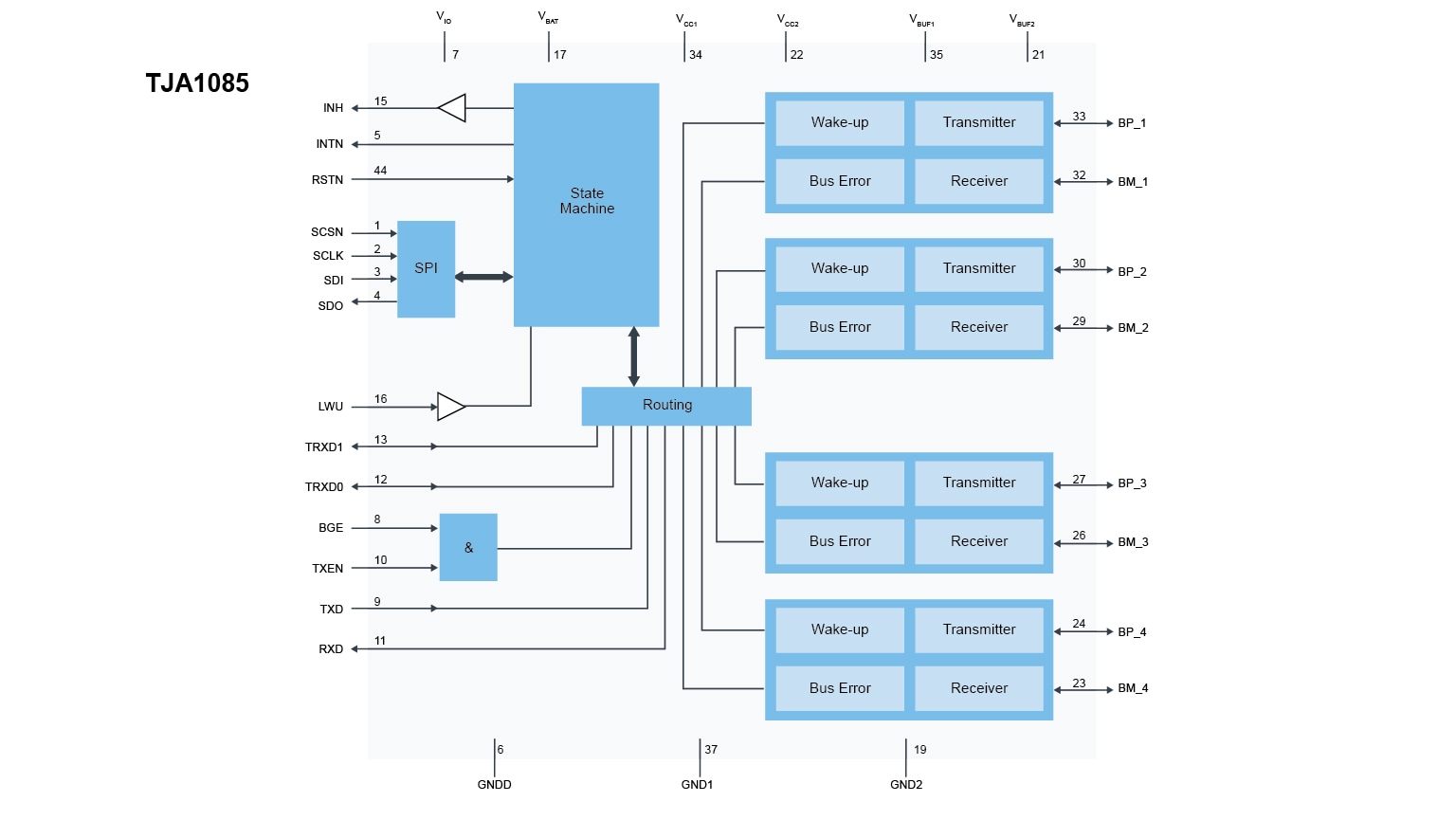