SC18IM704 is designed to serve as an interface between the standard UART port of a microcontroller or microprocessor and the serial I2C-bus; this allows the microcontroller or microprocessor to communicate directly with other I2C-bus devices. SC18IM704 can operate as an I2C-bus controller. SC18IM704 controls all the I2C-bus specific sequences, protocol, arbitration and timing. The host communicates with SC18IM704 with ASCII messages protocol; this makes the control sequences from the host to SC18IM704 become very simple. 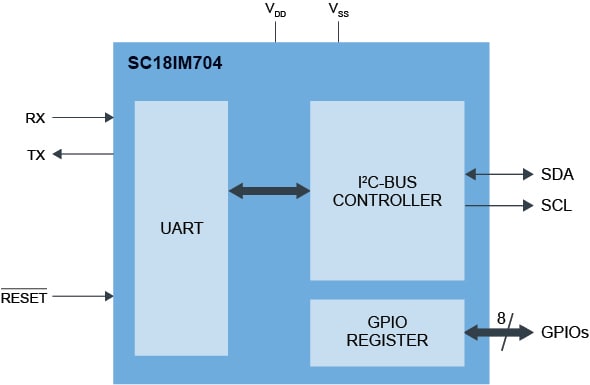