A team of student innovators known as Blue Jay just unveiled  the latest prototype of an indoor drone that senses and shares emotions that can be used to earn people’s trust in emergency evacuation situations.

An Intriguing Solution to a Problem

The team of students reports that fires in nursing homes are a real risk, as there are 600 evacuations of nursing homes in the Netherlands per year. While these institutions have detailed plans for such emergencies, seniors can often become disoriented and need extra attention. A shortage of nurses raises intriguing opportunities for smart tech to help meet this need, but the presence of a machine floating in the air is not the same thing as a friendly human face offering the way to safety. 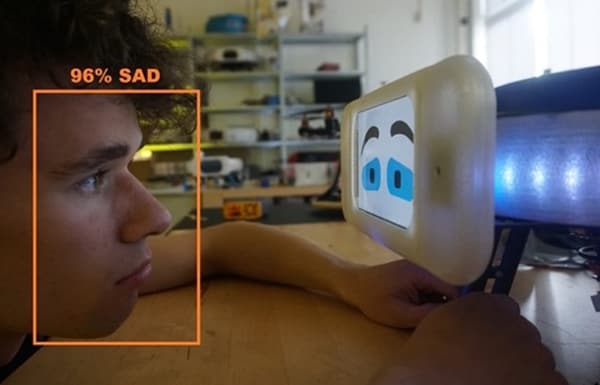 Emotion Sensing Drones to the Rescue

The team’s drone can sense emotions via a small camera and express them back via eye expressions on a screen. This simple act of empathy can help seniors feel acknowledged as well as the drone seem less robotic and make it more likely that people will follow directions to safety. In addition, the fire brigade can use the drone to assess the situationusing its livestreaming capabilities. It has been developed and tested in collaboration with a group of nursing home residents.

The project, named Blue Jay, is the brainchild of a group of 22 students from The Technical University  of Eindhoven in the Netherlands and involves a diverse array of technologies ranging from AI and interactive software to hardware for aerodynamics and electrical efficiency. The latest prototype drone relies in large part on NXP’s hardware and software as well as NXP-organized workshops. NXP’s partnership with Blue Jay’s annual student-led innovation projects goes back five years. 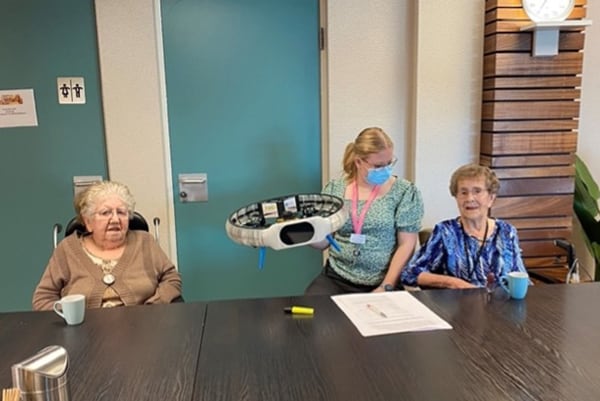 “Smart technology needs to be not only efficient but empowering, so people can use and trust it. Our engagement with the Blue Jay students is an opportunity for NXP to enable student innovation and test some of our new technology, and a chance for us to engage with potential future employees and partners. In fact, a member from last year’s Blue Jay project team is now working on an employee health project at NXP.

See how Mobile Robotics Ecosystems are being used in other emergency applications.

Learn more about Blue Jay and NXP's history of partnership with the team:

Tags: Research and Innovation, We Are NXP

An IoT Without Batteries or Cords?

We Are NXP | ‘NXP Is a Wonderland’