Following the interview with Kuantom for their NFC Premium Cocktail Machine Orkestra, here is yet another revolution in the beverage industry: MiniBrew, who also refer to themselves as the easiest and smartest beer brewing machine. We took a closer look at the Dutch start-up using NXP® NFC technology. Adrien Jeanjean, Head of Software at MiniBrew, told us more about what’s behind the idea to “simply brew your own beer at home”.

NXP: What is MiniBrew and how did you come up with your business idea?

We were convinced there must be a simpler solution to brewing beer than exists today. We started to think about the software and sensors needed to make this happen. In the end, we came up with the idea of MiniBrew, the first truly all-in-one brewing machine that enables people to automatically brew their own high-quality craft beer in an easy way and with natural ingredients—directly at home.

NXP: What makes MiniBrew so special and how does it use NFC? 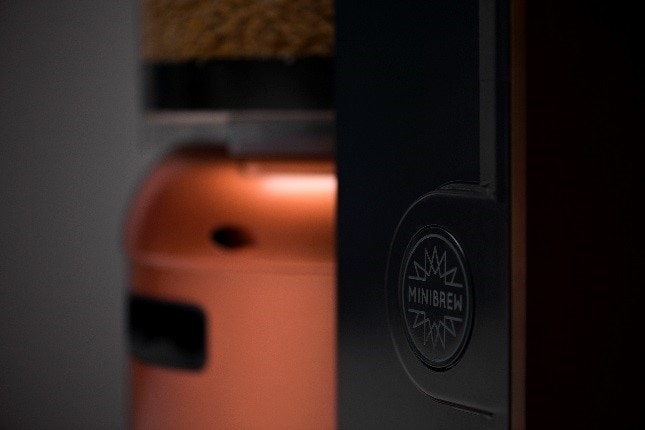 In the past, brewing your own beer was a complex process. MiniBrew allows anyone to brew fresh craft beer at home, and it doesn’t matter if you’re a starter, an expert or a professional. Our software and sensors turn this process into an easy and fun experience.

The system uses NFC (MFRC630 plus + NTAG I²C plus) to identify the keg in the machine and to connect it with the base station during the brewing session. The machine tells the keg what to do in the next step after the keg has been removed from the base station. You may be thinking “What’s so special about that?” Well, all this happens while the keg is completely turned off and does not have any power. Thanks to a new generation of NXP NFC chips that offer a wired communication on top of the traditional contactless communication, the machine can write instructions to the keg’s NFC tag while it is turned off. The keg in turn can read the instructions when the user turns it on.

NXP: Why did you choose NFC? And how do you ensure that private data stays private? 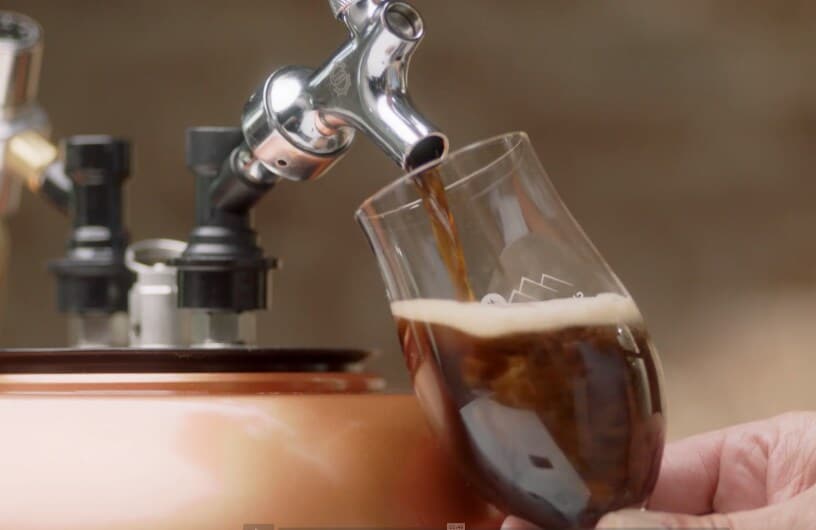 The NFC technology was the perfect solution to our problem as it allows to communicate with a device without the need of power.

Our MiniBrew is very secure. The contents on the NFC tag are encrypted which makes them unreadable and unusable outside of the system.

NXP: How do you think the future will look like and what role will NFC play?

Regarding our future, we can say that we still work on our first product at full capacity and concentrate our efforts on bringing it to mass production. However, we see an exponential growth of NFC being used to communicate contactless with low-power devices or to connect devices with the consumers smartphone and wearables. It offers us an exciting field of innovation!

NXP: Finally, would you rather live without your phone or your computer, and what do you think has been the most important technological invention in human history?

If I had to choose, I would rather live without my smartphone since my computer gives me unlimited power to create. In my opinion, the Internet has been the most important invention as it gives everyone access to knowledge. And that is something we need to protect and value.

NXP: Many thanks for the interview and all the best for your future!

Peter is a senior solution manager for NFC reader solutions based in Gratkorn, Austria. Working in the field of NFC for more than 15 years, he contributed to application deployments like eGovID or contactless payment and developed several NFC solutions for consumer applications. In his current role, Peter is responsible for the worldwide solution creation in Smart Living and Payment market segments. He is focusing on system solutions that incorporate a broad NXP product portfolio.

How to Build a Better Microwave Oven Using Solid-State RF

The Security Benefits of Open Source: Sharing the Feedback from "Secure your Firmware" Webinar