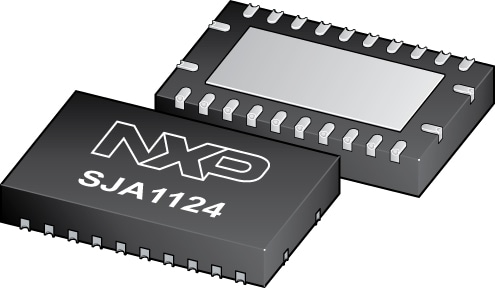 The SJA1124 is a quad Local Interconnect Network (LIN) commander channel device. Each of the four channels contains a LIN commander controller and LIN transceiver with commander termination. LIN commander frames are transferred to the physical LIN bus via the LIN physical layer.

A Serial Peripheral Interface (SPI) and an interrupt output provide the interface between the SJA1124 and a microcontroller. 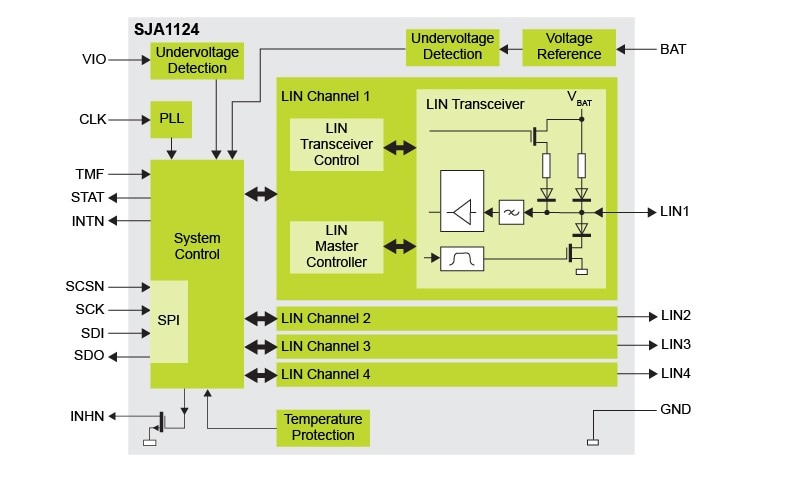