Connectivity tools are a collection of applications that communicate with the NXP development boards via a serial interface. They help in the development and testing process of either 802.15.4 MAC, Simple MAC (SMAC), Thread, Bluetooth® Low Energy or Zigbee 3.0 based applications.

Kinetis Protocol Analyzer Adapter is an application that helps to monitor the over-the-air communication among two or more devices supporting either IEEE 802.15.4 radio or Bluetooth® Low Energy. It requires a sniffer device that supports one of these two protocols or both and Wireshark as an interface where the traffic can be observed.

Firmware Loader is an application designed to download new firmware onto the flash memory of NXP development boards. Additionally, the application allows the flash memory of a board to be read, erased or saved as a binary file. Firmware Loader supports Motorola S-record (.srec) files and binary files (.bin) and can use the onboard OpenSDA port so no additional hardware is required except for the communication cable or a SEGGER J-Link debugger device in some cases.

NXP Test Tool is a Windows® based graphical interface utility that communicates via a serial interface to the NXP development boards and is made up of a set of different applications: 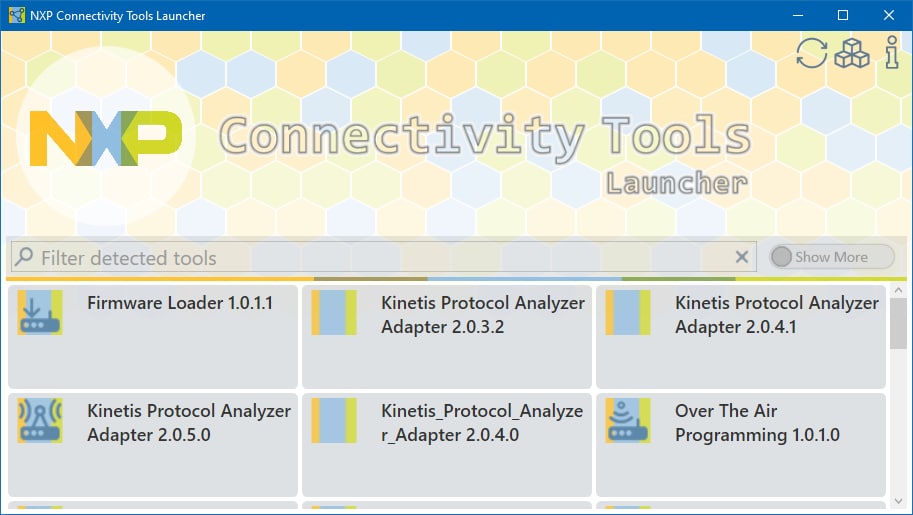 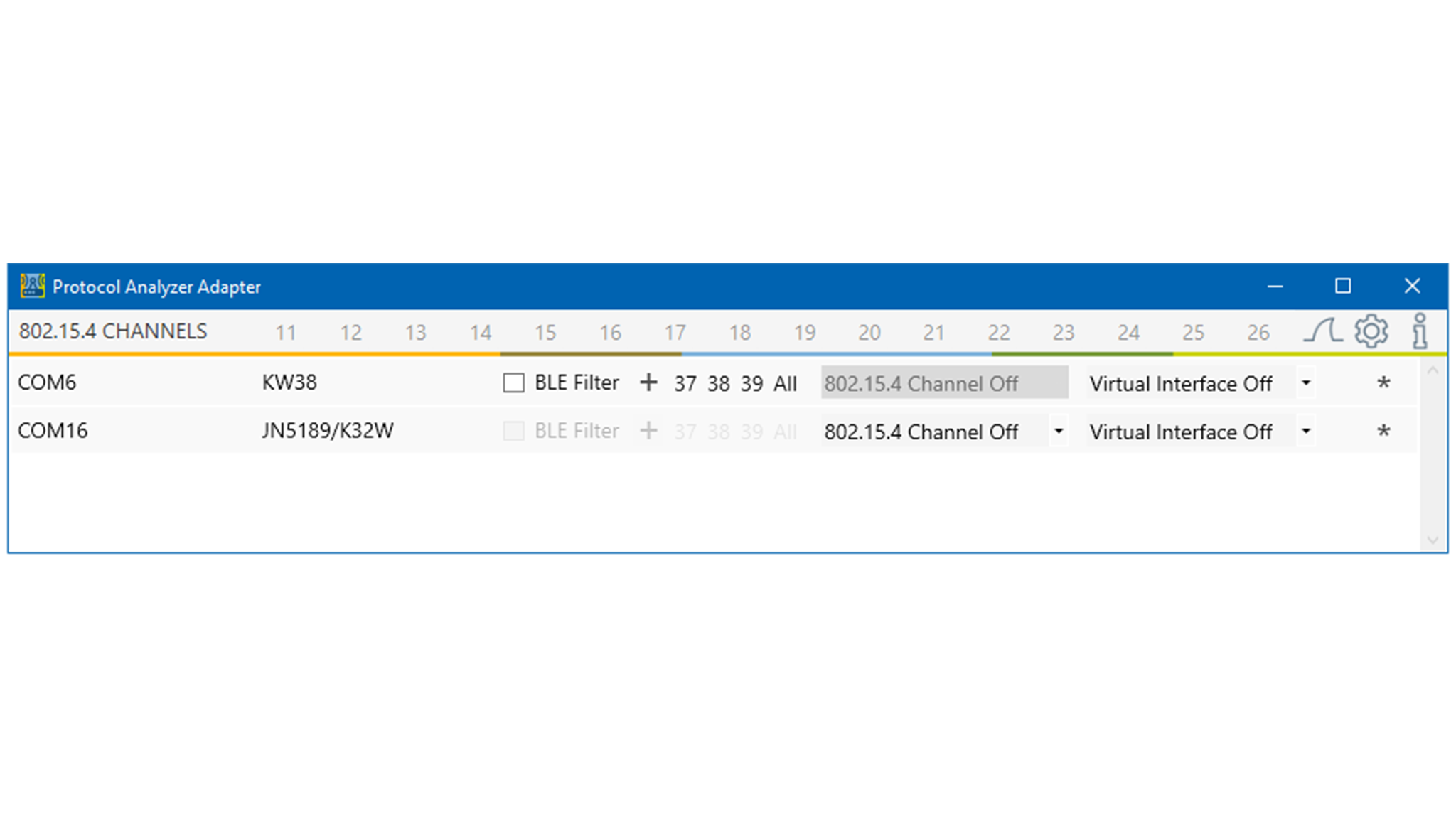 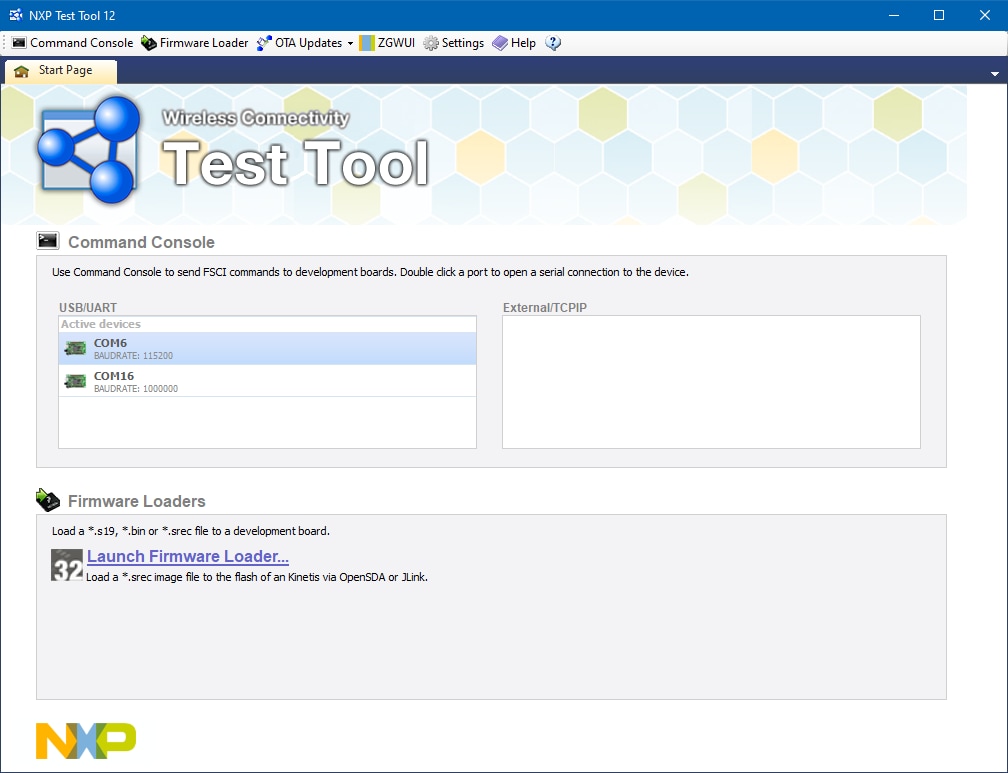