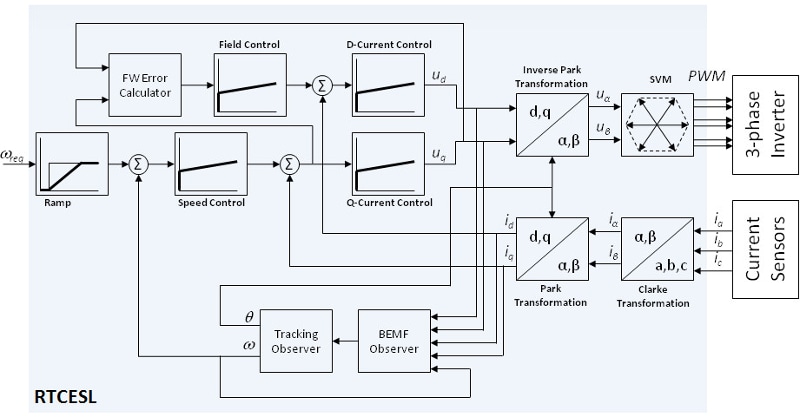 This NXP real-time control embedded software libraries – RTCESL (former Freescale embedded software libraries – FSLESL) is a group of algorithms ranging from basic mathematics operations to advanced transformations and observers, which can be easily incorporated into complex real-time control applications, and used in our motor control reference designs. The algorithms help to speed development and ease of use in applications that require intensive math computation and control such as advanced high-efficiency motor control and power conversion.

The libraries are currently available for the Kinetis® Arm® Cortex® M0+, M4, M7, M33 and DSCs with the DSP56800E(X) core, with the introduction of a universal API across all our libraries we have made available a tool to the help convert your API's. To quickly move from the API that you used in either FSLESL 3.0 or MMCLIB to the new universal API used in latest RTCESL release use API Translator. This simple tool will help migrate your code by converting your old API to the new version. Available now in the Downloads tab.

Note: To see the software features close this window.