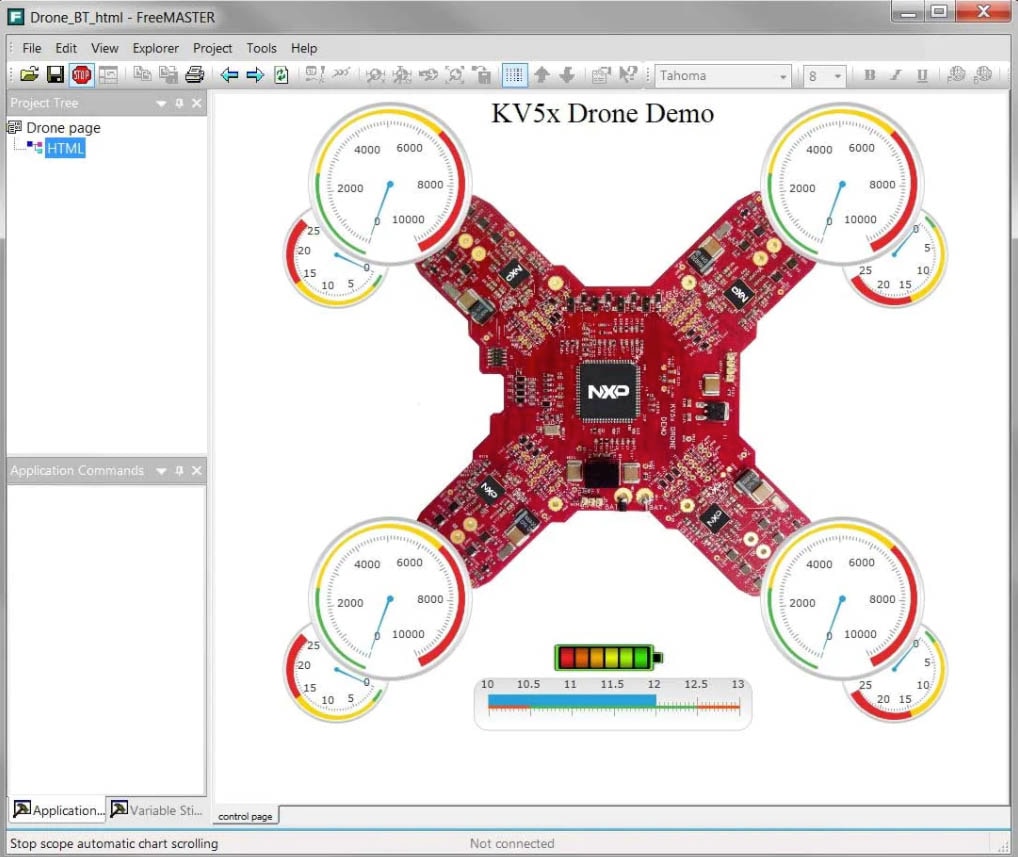 FreeMASTER is a user-friendly real-time debug monitor and data visualization tool that enables runtime configuration and tuning of embedded software applications. Both global automotive OEMs and appliance manufacturers widely adopted FreeMASTER as it is suitable for use in a broad range of automotive and industrial applications.

FreeMASTER supports non-intrusive monitoring of variables on a running system and can display multiple variables on oscilloscope-like displays as standard widgets (gauges, sliders and more) or as data in text form, offering simple-to-use data recorders.

FreeMASTER can link with custom HTML, MATLAB® or Excel to other scriptable frameworks to add MCU hardware into control loops. Connection to the target system from a host running FreeMASTER may be made directly over a broad range of communication peripherals or debug channels. FreeMASTER embeds graphs, tabular grids and web views directly in the desktop application. FreeMASTER connections are made via a network connection using JSON RPC calls, with client implementations available for Python, C/C++/C# and other languages.

FreeMASTER offers a new component: FreeMASTER Lite. It is a lightweight service leveraging the JSON RPC protocol that can run on Windows or Linux host PC and enables the implementation of custom UI applications on a web browser application (running on a local or remote host computer or mobile device).

FreeMASTER 3.1 extends the FreeMASTER Lite by supporting the Node-RED framework. Node-RED enables the visual programming of event-driven applications. FreeMASTER 3.1 brings a palette of Node-RED "nodes" that act as visual wrappers around JSON-RPC calls, leveraging the full potential of both FreeMASTER and Node-RED to design visual dashboards with minimal or no coding at all. 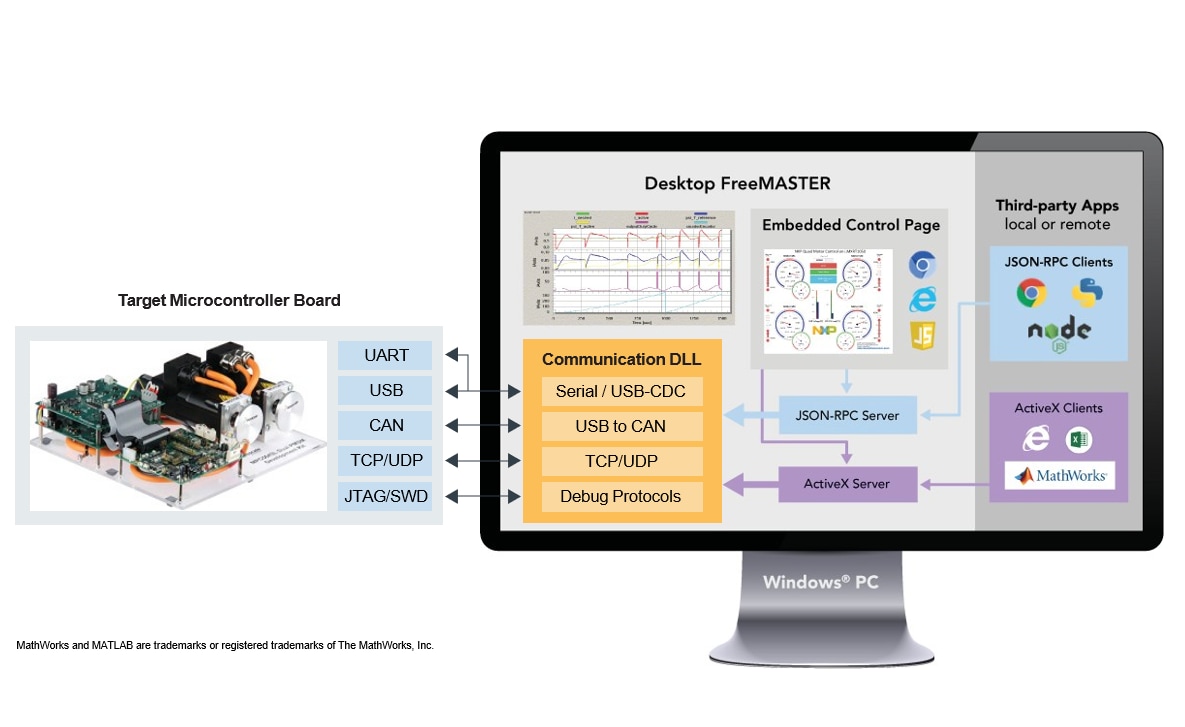 Note: To see the software features close this window.